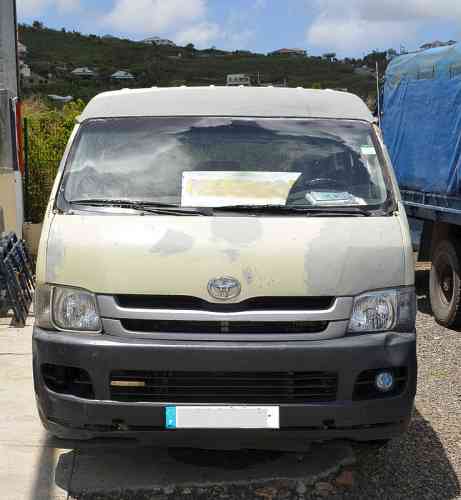 MARIGOT–A bus driver had his driving licence suspended for six months by the court on Wednesday and his vehicle confiscated until September when he is due in court to answer charges for alcohol offences.

The driver was stopped in a control in Marigot at the end of April. The bus had no passengers in it at the time, but was legally authorised to carry passengers. The driver was breathalysed and found to be over the legal limit for alcohol consumption. He was taken to La Savane Gendarmerie where his breathalyser reading was confirmed as 1.22mg to litre of air expired (close to 2.5 grams of alcohol in his blood).

He was fined for driving a vehicle under the influence of alcohol, his licence was taken away and the bus immobilised. He was summoned to the Gendarmerie a few days later for an interview to explain his actions.

However, he drove to the interview in his own bus despite having his licence taken away. That incurred a second fine for driving without a licence. As the bus driver was a repeat offender for alcohol offences, the prosecutor decided to suspend his licence and confiscate the vehicle.

The Gendarmerie clarified that “immobilisé” is a paper procedure that allows the person controlled to use the vehicle to go home, and nowhere else.