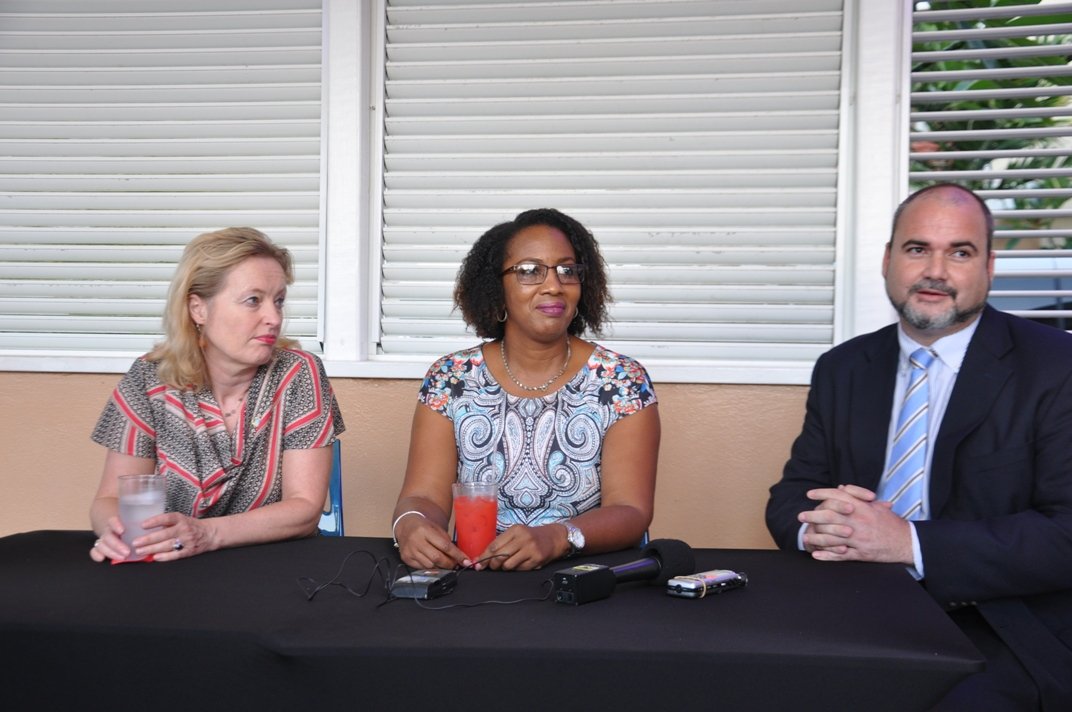 PHILIPSBURG–Dutch Minister of Education, Culture and Science Jet Bussemaker announced on Wednesday that the Dutch Education Executive Agency DUO will be opening local bank accounts in St. Maarten, Curaçao and Aruba in January to make the repayment of student loans easier and cheaper for former students in these countries.

Bussemaker is currently on a working visit to the Dutch islands. She completed the St. Maarten leg of her trip on Wednesday, holding meetings with Jacobs and visiting National Institute for Professional Advancement (NIPA) and Fort Amsterdam.

As it relates to the opening of local accounts for students, DUO will start with a two-year pilot programme for former students from Aruba, Curaçao and St Maarten, which makes it possible to repay a study debt in local currency via a local bank account. This measure meets the wishes of many former-students, it was stated in a press release on the issue.

Up to now, inhabitants of Aruba, Curaçao and St Maarten who studied in the Netherlands and have a study debt with DUO had to pay extra cost when they wanted to fulfil their financial obligations. They have to pay a fee when transferring money to a Dutch bank account, besides which they run the risk of a fall in prices.

The pilot programme will start as of January 2017. Former students may pay back their debts to a local bank account, which means there will not be any additional transaction cost. The exchange rate, which will be determined in January, will be valid for the entire calendar year. Should the local currency decrease in value, the payment will not fall in arrears. When the local currency increases in value, the amount that is overpaid will be written off as an additional repayment of the study debt.

Jacobs said some students do not repay their loans, not because they do not want to, but because it is too expensive to do so under the current circumstances. She said the opening of accounts locally to facilitate payment by students in local currency on a local bank account would make it more feasible to repay.

Bussemaker said every student had to repay his or her study debt. “There can be no discussion about that.” She said part of the collaboration could be for parties to work together to find students, as is done in Europe. “As soon as we find them we also have to keep in mind that not everyone can repay once a year and we can also find a solution for that,” Bussemaker noted.

Jacobs said it had been a pleasure for St. Maarten to host the Dutch Minister. She said parties had held discussions that could lead to further cooperation and collaboration in the interest of both countries. Discussions will be formalised to move towards agreements.

The Dutch minister represents Saba and St. Eustatius and talks included the interest of students from those islands attending NIPA to further their education. Jacobs said Bussemaker wants to collaborate to make this possible.

Jacobs said also that the Ministry had given permission for funds left over from USONA to be used to conduct emergency repairs and restoration works at Fort Amsterdam that would, amongst other things, prevent a part of the Fort from toppling into the sea. Although the official reopening of the repaired Fort is set for December, Bussemaker had a chance to tour the facility on Wednesday.

Bussemaker said she was happy to be in St. Maarten. She had visited Saba and Statia and held a conference about education in the Kingdom last Monday. One of the issues discussed at that forum was that “we need each other and we have to collaborate and we have to do this from the value of trust.” She said also that she is interested in developing a teacher exchange programme with St. Maarten.

Following the press conference a cocktail reception was held at Divi’s poolside with the visiting delegation, local education officials, representatives of the office of the Dutch Representation and others. 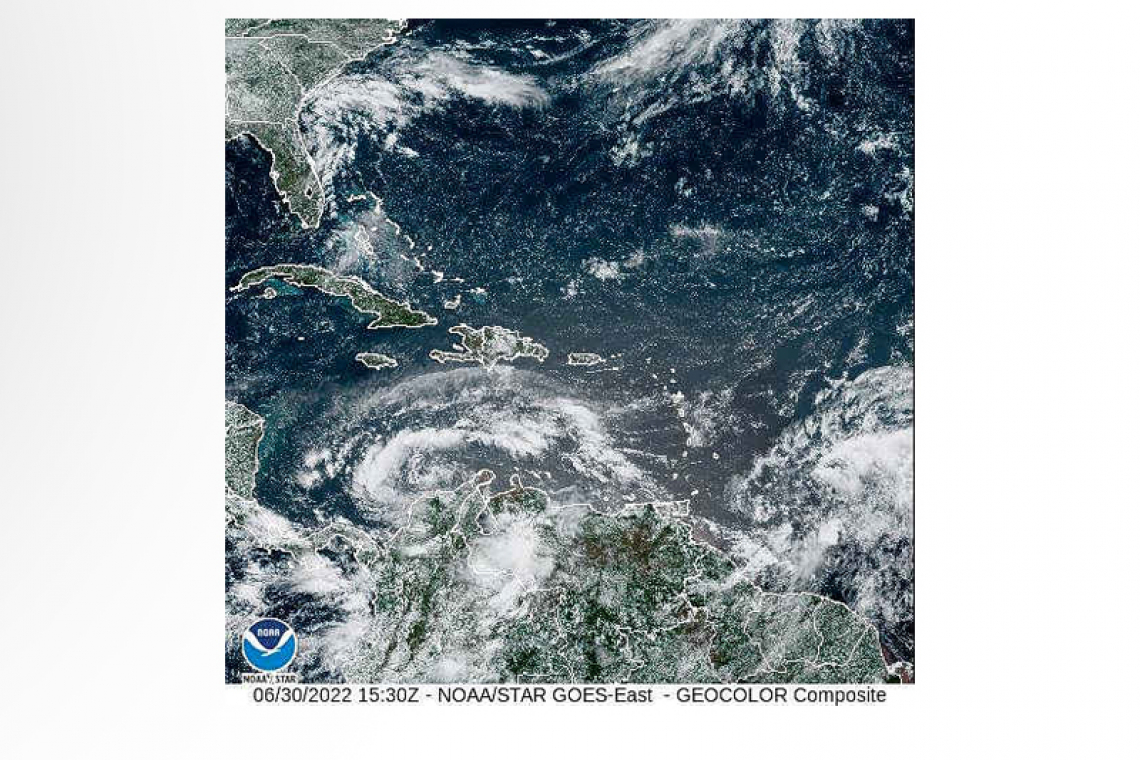 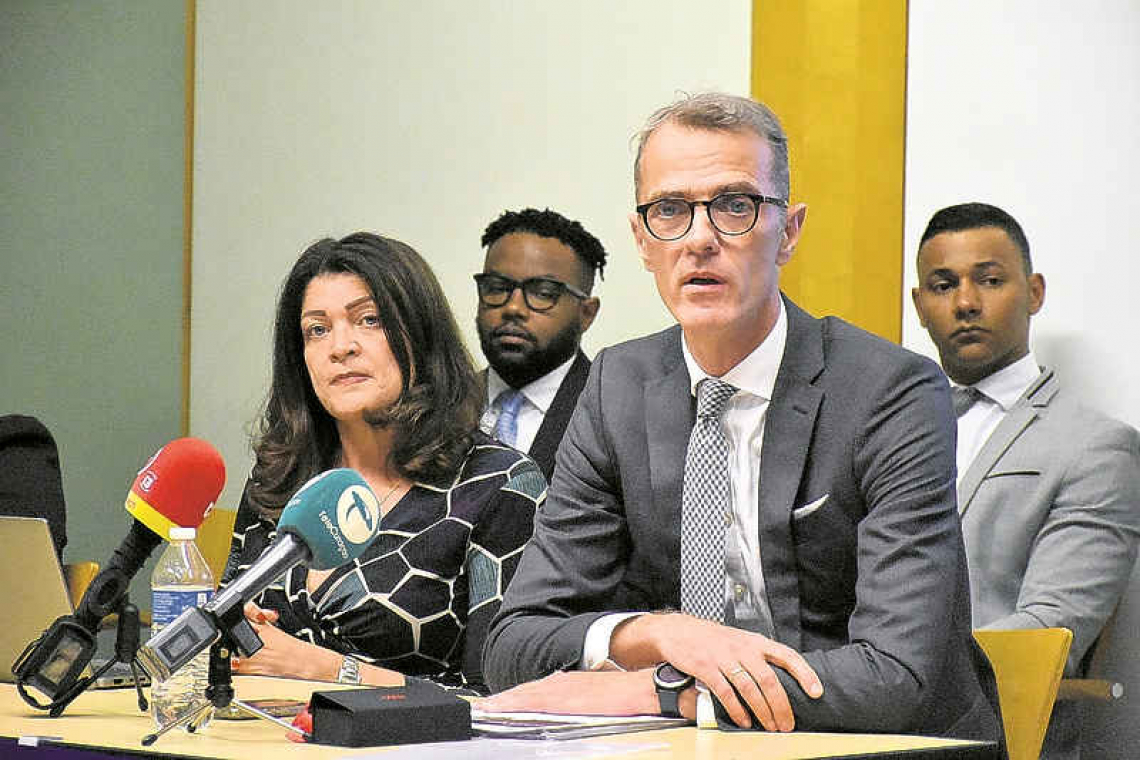