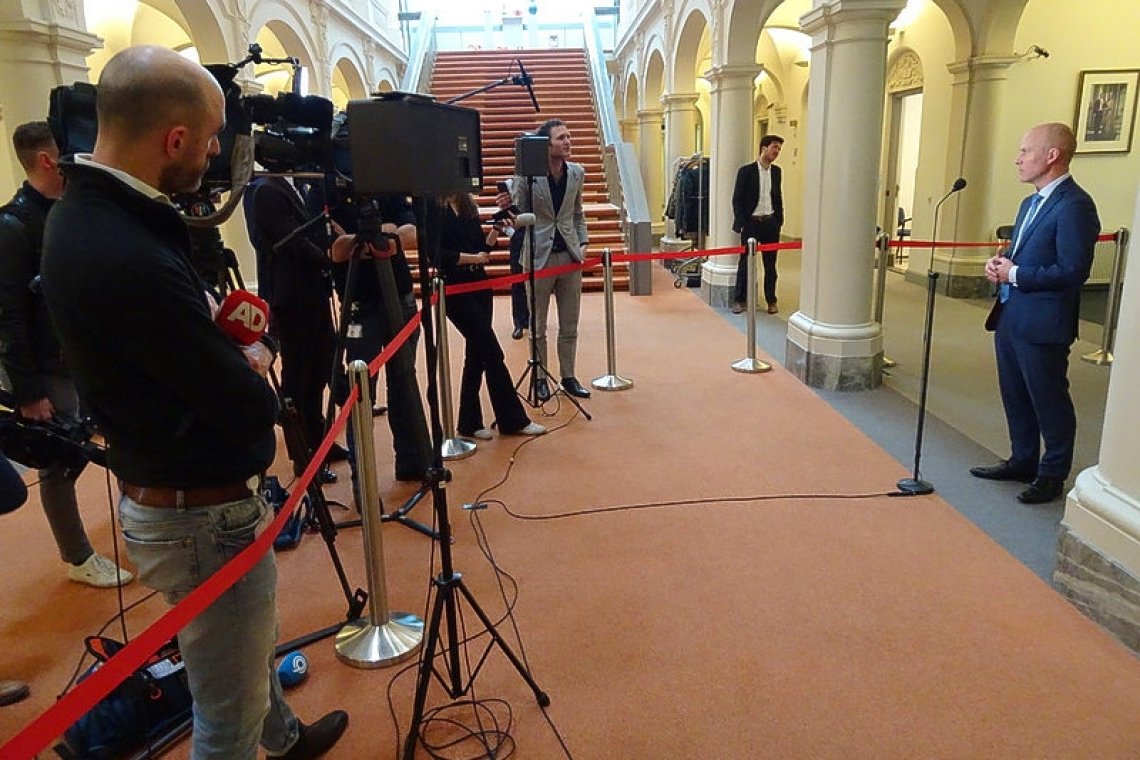 THE HAGUE–“We are one Kingdom; we are all in the same boat and we will help each other.” Those were the reassuring words of Dutch Minister of Home Affairs and Kingdom Relations Raymond Knops on Friday.

Knops announced after the meeting of the Kingdom Council of Ministers that it was decided that assistance will be provided to Aruba, Curaçao and St. Maarten, based on an “acute assessment” of the Committee for Financial Supervision CFT and the International Monetary Fund (IMF).

The Minister could not say as yet what exactly this assistance would consist of. He explained that the CFT and IMF will assess what is needed on the short term and the middle-long term to create space for the countries so they can take measures that are needed in their countries.

“How exactly we will give content to this assistance will be discussed in the next Kingdom Council of Ministers within a month. The Netherlands has just provided liquidity support for St. Maarten, so they can manage for a little while, but for Aruba and Curaçao, the situation is more urgent, and that is what we will be looking at now,” Knops told reporters. He did point out that the countries have their own responsibility for economic development.

Things will be different for Bonaire, St. Eustatius and Saba, as they are part of the Netherlands and are therefore a direct responsibility of The Hague. It was decided in Friday’s Council of Ministers meeting that an emergency assistance package, similar to the one that was announced for the Netherlands earlier this week, will be implemented for the three Dutch public entities, be it with some local adjustments and taking the local regulations into account.

The emergency assistance package for the Caribbean Netherlands will include measures for the private sector which has been and will continue to be hit hard by the economic downfall as a result of the collapse of tourism. “We will help people who are left without an income and companies that need support.” Knops said that the package for the Caribbean Netherlands will be further worked out.

And, even though the Dutch government support will be different for the three countries, the Minister did show much comprehension for the devastating economic consequences of the COVID-19 virus. “The economies of the islands greatly depend on tourism and that means total vacancy in the tourism sector of Aruba, Curaçao and St. Maarten when in all tourists have left the islands in a few days. It means that thousands of people will end up without a job.”

The Kingdom government understands the concerns of the Dutch Caribbean islands about the limited medical capacity in case many persons get sick with the virus and require hospitalisation. “That is exactly why the islands have taken such far-reaching measures because their resilience capacity is less.”

Knops said that all scenarios of providing assistance to the islands were being looked at. This includes the possibility of sending a Dutch Navy ship with medical facilities on board. The Kingdom has been turned into a “separate priority” within the Dutch crisis organisation.