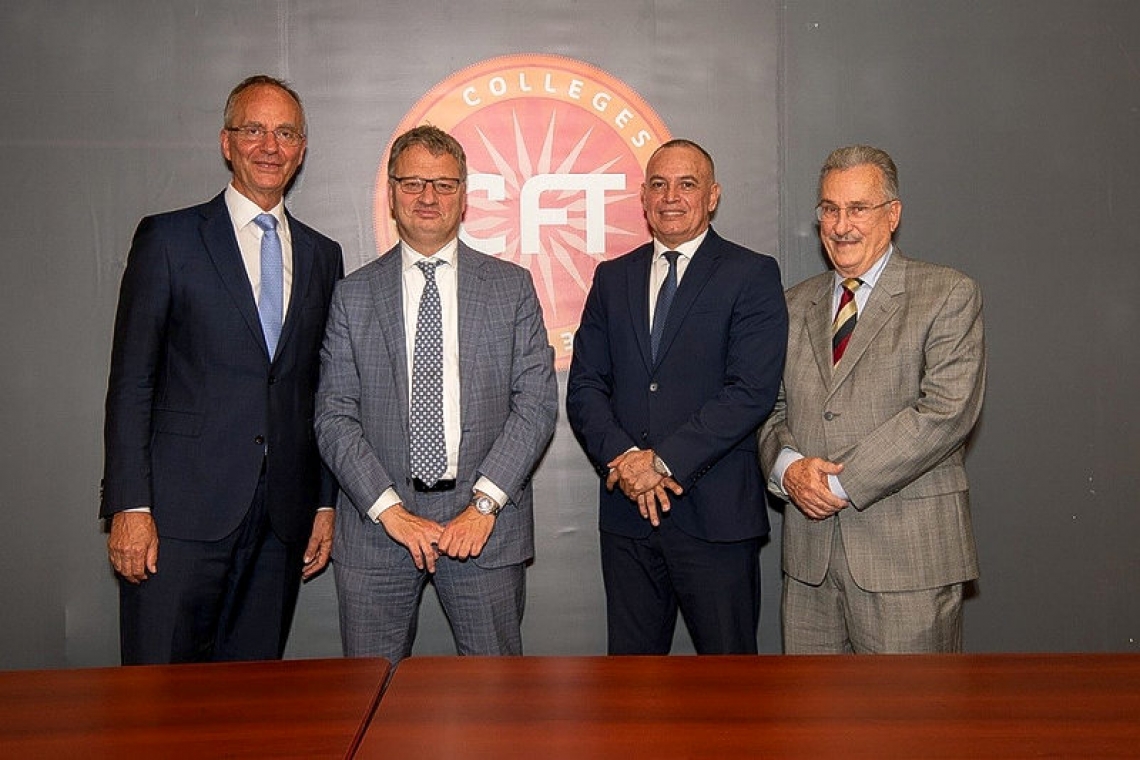 According to members Gregory Damoen (Curaçao), Russell Voges (St. Maarten) and Hellen van der Wal (Aruba), the individual advices that CFT Chairman Raymond Gradus sent to the Kingdom government on April 7 regarding the liquidity support requests of the Dutch Caribbean countries have been drafted with very little or no input at all from their side.

“We have determined that their respective and individual comments and proposals on the draft advices were not or barely incorporated and that no consultation took place on the final draft,” the Dutch Caribbean countries’ members stated in their letter dated April 6, which leaked to the media.

The three members don’t support the content of the advices that went to the Kingdom government with the support of CFT/CAFT Chairman Gradus and the Dutch member in both committees, Henk Kamp. “The advices only focus on the financial situation, and don’t take the social and economic consequences for the islands into account.”

This, while the CFT and CAFT full well know the financial situation of the countries and are very much aware of the economic decline in Curaçao, the problems that the Venezuela crisis brings for Aruba and Curaçao, and the dramatic effects of the 2017 Hurricane Irma on St. Maarten, the members pointed out.

The advices that went to the Kingdom government to provide limited financial support in the form of two-year loans will further push the Dutch Caribbean countries over the edge, because the national debts and the debt quota in comparison to the Gross Domestic Product (GDP) will increase tremendously.

The three members came up with their own proposal to assist their countries by granting part of the financial support as grants. “An option is to indicate all loans that exceed the 40 per cent debt to GDP ratio, indicated by the International Monetary Fund (IMF) as the ceiling for small island development states, as grants in order to realise the striving for tenable and sustainable public finances.”

Also, the advices didn’t take the solidarity principle as stated in article 36 of the Kingdom Charter into consideration. As local members on the CFT and CAFT, they expressed their support the call by the IMF, the Organisation of Economic Cooperation and Development OECD and the European Committee to stand in solidarity with each other in these times of crisis, and for the richer countries to support the poorer ones without strings attached.

In its advice, the CFT recommended that for St. Maarten, the Kingdom Council of Ministers approve a 2019 liquidity request of NAf. 50.2 million. Deducted from this amount will be about 3 million euros for the costs of the Netherlands to house St. Maarten detainees.

According to the CFT, this amount should be sufficient since the monthly expenditures of the country St. Maarten amount to about NAf. 40 million. “So, it is expected that St. Maarten, after receiving the 2019 liquidity support, will have sufficient liquidities for the regular expenditures in April and May.”

The CFT advised a two-year loan for Curaçao to the tune of NAf. 105 million in April and NAF. 72 million for May. The CAFT advised to give Aruba 42.8 million Aruban florin as an advance on the liquidity support in the form of a two-year loan. Both countries will have to substantially decrease their expenditures.

The advised amounts by the CFT and CAFT were much lower than the amounts requested by the countries. St. Maarten had asked for NAf. 245 million, Curaçao for NAf. 760 million and Aruba for Afl. 800 million. On Thursday, the Kingdom Council of Ministers will meet.