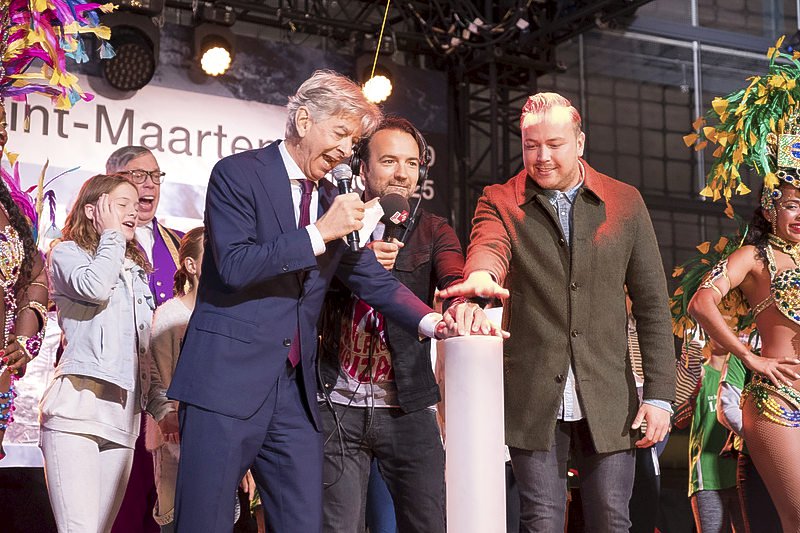 The Red Cross is aiming to collect millions of euros for the hurricane ravaged island on giro 5125. At the closing of the day-long national broadcast at 11:00pm a total of 13.3 million euro had been collected. The amount was announced live on Radio 2 and during the Pauw TV show as well as the Late Night Show of Humberto Tan, followed by loud applause.

The collection drive of the Red Cross will continue. Funds are still being raised in Curaçao which will be added to the amount. The Red Cross will use all the funds to send relief goods to the island, as it has been doing the past week, and will also assist in the coming period, the reconstruction phase.

Radio 2 of the National Broadcast Company NPO has been broadcasting all day from the Netherlands Institute for Image and Sound in Hilversum since 6:00am. Every few hours a special guest would give the intermediate results of the collection. The day started with a total of 5.2 million euros, collected in the past week.

At 9:30pm the live national TV broadcast on NPO 1 joined for an hour which included special music performance by Dutch Caribbean artists Tania Kross and Kris Berry. The commercial broadcasting companies RTL and SBS also dedicated time in their programming to St. Maarten and the national collection day. There were live updates and reports from St. Maarten.

The public was invited to come to the institute in Hilversum throughout the day to make a contribution. Well-known Dutch personalities and other not so famous people manned the call centre the entire day to take calls for donations. School children came by to bring financial contributions with many bringing empty plastic bottles which are worth deposit money. The well-known St. Maarten band Orange Grove performed.

Several times during the day, the message of Dutch Prime Minister Mark Rutte could be heard on Radio 2. He called on the people to donate. “Today we can only do one thing and that is to give. St. Maarten needs our help. We are one Kingdom.”

The NOS journalists currently in St. Maarten provided regular updates on the local situation and explained why the help was so very much needed.

Famous Dutch people and DJ’s made numerous unique items available for an auction. People could bid on voice-mail messages by public figures or to take part in a special activity with these personalities. Some also “sold” their services to the public, including one DJ who offered to play at a party of the person with the highest bid, which was auctioned at 1,500 euros. More than 22,000 euros was raised through the auction.

Examples of the relief goods that the Red Cross sends to St. Maarten were on display at the Institute for Image and Sound, such as tarpaulins, tents, shovels, hygiene packages, medication and food packages.

The municipality Zaltbommel and its Mayor Peter Rehwinkel offered a unique item for the auction on the national collection day. The highest bidder will get to turn on the new lights of the St. Maarten Tower in Zaltbommel when its reconstruction is completed in December. The Mayor’s slogan for this offer: “Let the light shine on St. Maarten again!”