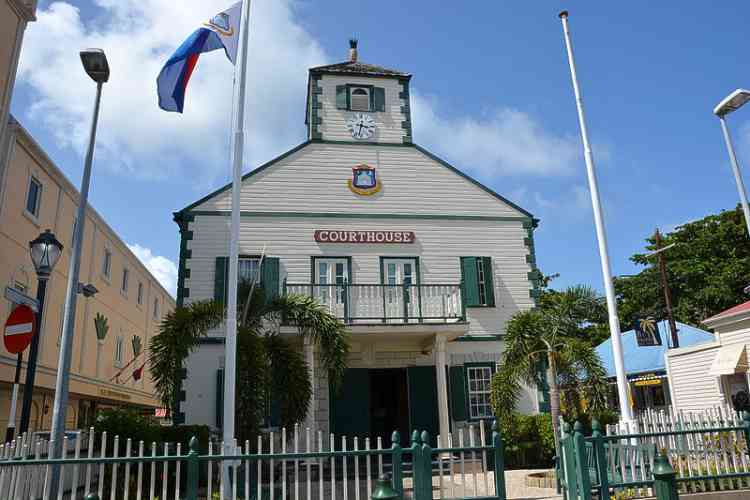 PHILIPSBURG–Dutch consultant R.M. (64) will be charged with the alleged bribery of former Minister of Public Housing, Spatial Planning, Environment and Infrastructure VROMI and current Member of Parliament (MP) Theodore Heyliger between August 1, 2011, and September 9, 2011.

According to the indictment handed to the suspect by the Prosecutor’s Office, R.M. paid Heyliger US $300,000 for the purchase of real estate – US $260,000 via Caribbean Advice and Consultancy Ltd. and US $40,000 through Advanced Consultech SA – to persuade Heyliger to award government contracts to dredging company Devcon TCI Ltd. and construction company Volker Construction International BV/Volker Stevin Caribbean NV

The Prosecutor’s Office is holding Heyliger responsible for accepting bribes of US $300,000 in total, “knowing or reasonably suspecting that this was offered to him in order to persuade him to act in violation of his duty,” it is stated in R.M.’s indictment. This means that the Prosecutor’s Office is holding Heyliger for an accomplice or an accessory to this case.

R.M. is not only charged with the (attempted) bribery of Heyliger but also of other government officials. Between August 23, 2006, and August 20, 2018, he paid sums of money originating from construction and dredging companies, such as Ballast Nedam International BV, Devcon, Windward Roads and Volker Construction/Volker Stevin, to one or more civil servants to persuade them to award government contracts to these companies.

These crimes were allegedly committed in St. Maarten, the former Netherlands Antilles, the Netherlands, Anguilla, the Isle of Man, Panama and St. Kitts and Nevis, the indictment says.

R.M. was arrested by the Fiscal Intelligence and Investigation Service FIOD in Rotterdam, the Netherlands, on August 23, at the request of the Anti-corruption Task Force TBO. He was flown to St. Maarten for questioning in the so-called “Larimar” case and is still being held in custody at the Pointe Blanche prison.

In connection with this investigation the offices of Windward Roads in St. Maarten were searched earlier this year and its Director J.B. was arrested.

R.M. is also a suspect in the Dutch investigation “Frozen,” in which one of the construction companies from which he has received money is under investigation by the FIOD and the National Prosecutor’s Office.

Frozen is the investigation into the involvement of VolkerWessels subsidiaries in the construction of the causeway in St. Maarten.

In cooperation with investigating authorities in Dutch St. Maarten, French St. Martin, the Netherlands and Spain, real estate of R.M. was seized in these countries and searches were conducted.

“Research has shown that R.M. through the years has received millions of dollars from different [construction – Ed.] companies on various offshore bank accounts. R.M. is suspected of having paid [part of] these funds to politicians on St. Maarten,” the TBO stated in a press release earlier this year. “By use of this method, R.M. obtained illegally an estimated profit of approximately NAf. 9 million (US $5 million).”

It is not yet known when R.M.’s case will be heard in Court. During a brief pro-forma hearing held at the Courthouse on Tuesday morning, during which the suspect and his lawyer N. Bertrand were not present, it was decided to postpone the hearing. The next hearing will most likely be scheduled for February 2019.