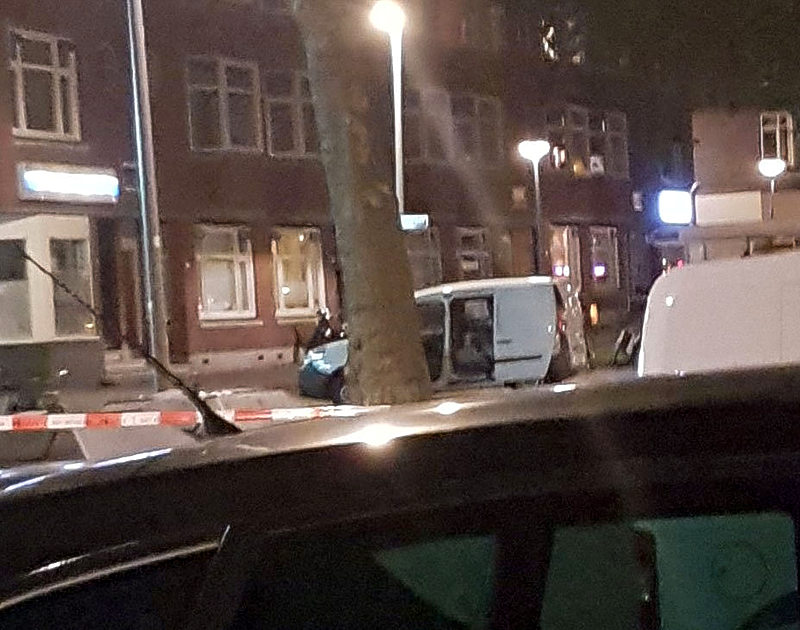 ROTTERDAM/MADRID–A Spanish man was detained by Dutch police on Wednesday after he was found driving a van with gas canisters near a Rotterdam venue where a rock concert was cancelled due to a threat of a possible attack.

Although Spanish police tipped the Dutch to potential danger at the venue known as Maassilo where California band Allah-Las was set to play, a judicial source in Spain told Reuters there was no link to the attacks in Spain last week.

The source said the tip resulted from an investigation by the Spanish Civil Guard that had been underway for some time and had no direct relation to the two vehicle attacks in Barcelona and Cambrils in Catalonia that killed 15 people.

Rotterdam Mayor Ahmed Aboutaleb told a news conference it was also not clear whether the threat tip and the detection of the van were connected. He warned against “swift conclusions” while noting the white van had Spanish licence plates and had been flagged for circling near the concert venue.

“It would be wrong at this moment to pile up these facts and conclude … there was a plan to attack with gas bottles, etcetera, because that was the picture last week in Barcelona. I would be careful with that.”

The driver, whose name was not released, was taken into custody for questioning, and a bomb squad was examining the vehicle. Dutch authorities did not specify the number of canisters in the van.

Spanish news agency Europa Press, quoting Spanish anti-terrorist force sources, reported later that the Spaniard arrested in Rotterdam had, in principle, no link to jihadist terrorism. The gas canisters in his vehicle were apparently for domestic use, it said.
Police said the concert was cancelled at around 7:00pm, shortly before doors were to be opened for guests.

As concert-goers were sent away from the Maassilo, a former grain silo complex on the Maas River that has been converted into an event hall, the venue was cordoned off.
No injuries, arrests or detentions were reported until the bus driver was detained at around 9:30pm.

“The band is unharmed and very grateful to the Rotterdam Police and other responsible agencies for detecting the potential threat before anyone was hurt,” Allah-Las said in a statement published by Billboard.

The National Coordinator for Security and Counterterrorism’s office said the threat level in the Netherlands was unchanged at “substantial,” where it has been since 2013.
The Guardian newspaper reported earlier this month that the band has received hate mail from people who are offended by its name, which includes the Arabic word for God. The band says it is not intended as an insult.