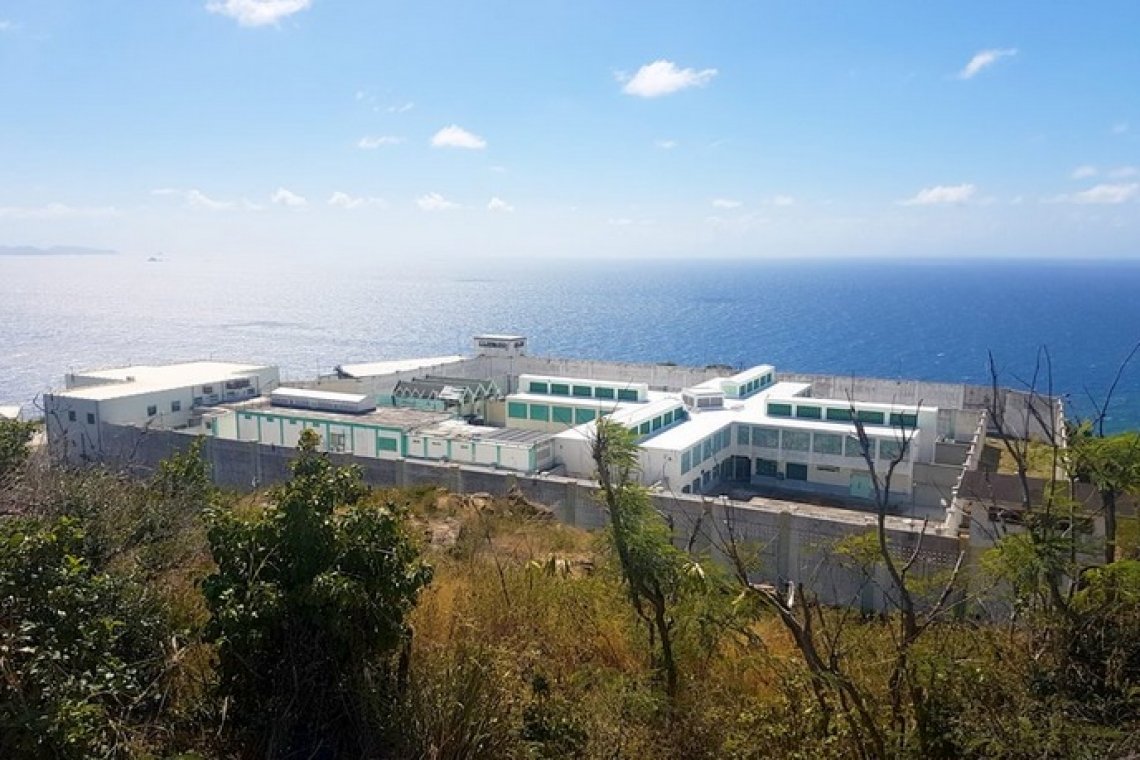 THE HAGUE–The Dutch government has offered to assist with the work needed to install the container cells at St. Maarten’s Pointe Blanche prison.

Minister of Home Affairs and Kingdom Relations Raymond Knops confirmed this on Tuesday in response to written questions submitted by Member of the Second Chamber of the Dutch Parliament Chris van Dam of the Christian Democratic Party CDA.

Van Dam sought clarity on January 17 regarding the December 17, 2019, decision of the European Court for Human Rights (ECHR) on an interim measure in relation to the detention of male suspect G. at the Philipsburg police station. The ECHR ruled the detention of G. in a police cell where he was being held because the regular remand facility at the Pointe Blanche prison was unavailable, was fully unlawful.

The ECHR informed the Dutch government that the suspect could not be detained in conditions contrary to Article 3 of the European Convention for the Protection of Human Rights and Fundamental Freedoms which prohibits torture and inhuman or degrading treatment or punishment. G. had been detained at the police cells for more than 10 days, which is not allowed.

Minister Knops explained that a decision on an interim measure of the ECHR was binding. However, one day after the decision of the European Courts, on December 18, the suspect in question was transferred to the Pointe Blanche prison. “In reaction to this transfer, the ECHR has decided not to prolong the interim measure,” Knops stated.

He stated that he had been notified by St. Maarten authorities that capacity at the prison was lacking to always facilitate the transfer of suspects from the police station cell complex to the prison. As a result, it has occurred that suspects remained in pretrial detention at the police station for more than 10 days.

Knops said the St. Maarten Prosecutor’s Office had informed him that the Joint Court of Justice had ruled in all appeal cases regarding the surpassing of 10 days that there was no violation of Article 3 of the European Convention for the Protection of Human Rights and Fundamental Freedoms, and subsequently had found the detention to be legal.

“St. Maarten informed me that in relation to the case in question [the case of suspect G. – Ed.], the St. Maarten Prosecutor’s Office adapted its work method. When a detainee cannot be transferred after 10 days, the Chief Prosecutor will consider the severity of the suspicion and the personal circumstances in order to arrive at a decision, in which cases the pretrial detention can be suspended,” Knops stated.

He shared the deep concerns of the Member of Parliament (MP) about the situation at the detention facilities in St. Maarten. He said it was up to St. Maarten to take measures to improve the situation.

“Minister for Legal Protection Sander Dekker and I have regular contact with the Minister of Justice and the Prime Minister of St. Maarten in which we emphasise the urgency of the situation and urge them to take measures,” Knops stated.

The Dutch government has made container cells available to St. Maarten to temporarily tackle the capacity problem at the Pointe Blanche prison until a more permanent solution is found. The container cells still have to be installed and made hurricane-proof.

“I have offered the support of the government Real Estate Department regarding the improvements to the building and contract management so these cells can be put into use as soon as possible,” Knops said.