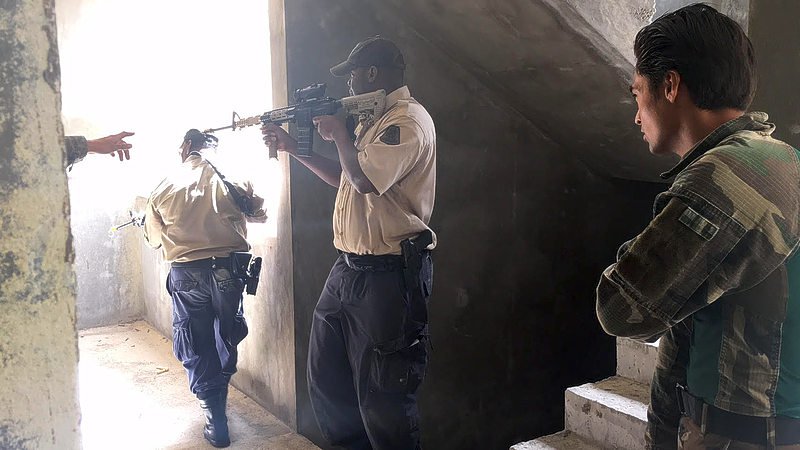 The current marine detachment, which is on its four-month rotation to St. Maarten, also trained the Royal Marechaussee and the Coast Guard in a similar workshop training earlier last week. The trainings were conducted in a location in Red Pond Estate. First Lieutenant K. Lenters organized the training as commander of the current Marine rotation, with all of the marines assisting in conducting the lessons.

These training workshops have several purposes other than the value of the training received. They create close teamwork between the marines and the local forces, and provide an opportunity for some of the younger marines in the detachment to practice leadership and teaching methods, and the proof that they were successful is the progress they were able to see throughout the day.