Home Local News Dutch Museum Saba closed down, inventory up for sale   | THE... 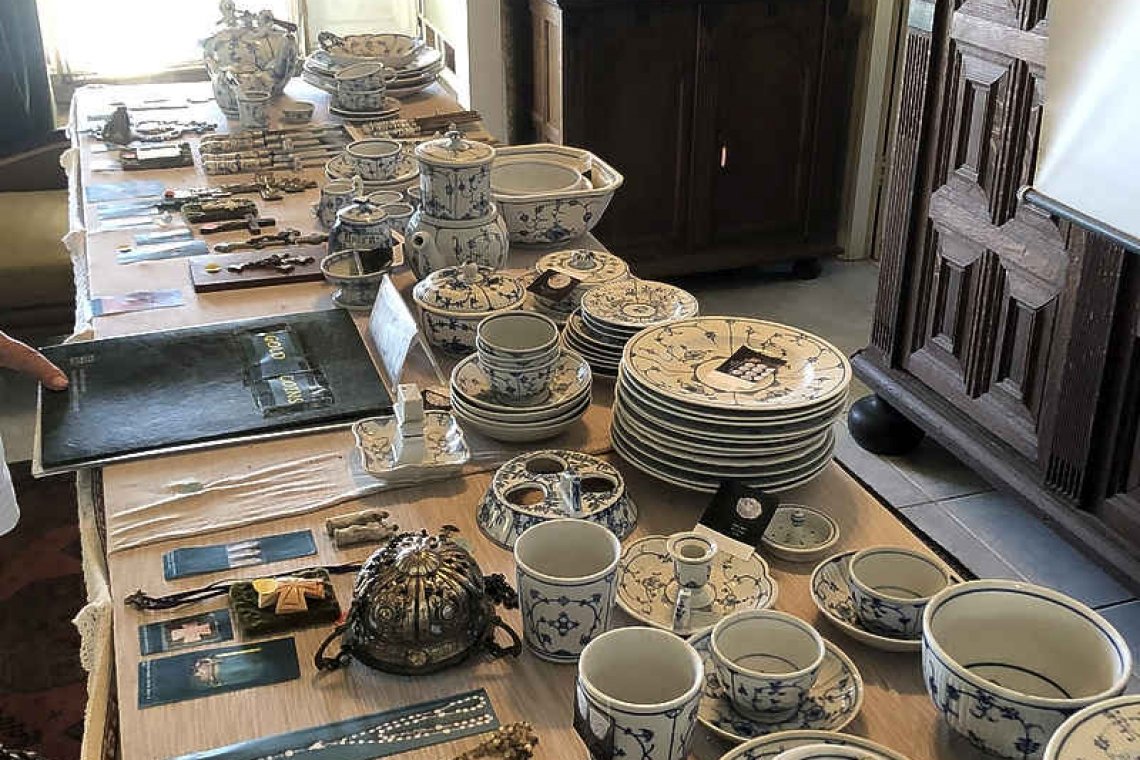 Part of the Dutch Museum Saba’s collection on display. SABA–The Dutch Museum Saba has been closed since March 15. That seemed to coincide with the problems surrounding COVID-19, but there was actually a different reason to close the museum down, explained René Caderius van Veen (78), owner of the museum collection, which is going up for sale.

After a 10-year lease, the U.S. owner of the traditional Saban cottage in Windwardside in which the museum is located wants to put the property up for sale. Unfortunately, there is no other house on the island that is both large and attractive enough to house a museum. Even a storage place for all the furniture and other museum items has not yet been found, which is understandable when one realises that a 40-foot container was required to transport all museum items from the Netherlands to Saba.

As long as no solution is found in the form of a new accommodation for the museum or for the storage of all the furniture and other items, Caderius van Veen sees no other option than putting all antiques up for sale and shipping everything that is not sold back to the Netherlands.

All artefacts date from the period 1600 to 1850 and everything was collected in the Netherlands. Only one terracotta pot was excavated in Saba. It probably also dated from the 18th century.

Because almost all the furniture came from the Netherlands, the museum was called “Dutch Museum”, but the 18th-century terracotta pot was reason for Caderius van Veen to always start guided tours about slavery, the slave trade and working on plantations.

“A lot of film and PowerPoint material was also collected for presentations on these topics. The emphasis was always also on the fact that slavery in Saba had a fairly socially-specific character,” Caderius van Veen explained.

More important, however, were the presentations on the relationship between Saba and the Windward Islands on the one hand and the West India Company (WIC) and the Netherlands on the other, especially in the period 1640 to 1850.

“However, the numerous different types of collections of antiques remained the most impressive to many visitors. Without bragging, these were also the most unique to museums across the Caribbean,” he said.

The museum director and curator organised the first exhibition in 2011, in the first year he lived in Saba. It concerned an exhibition of Dutch tiles from the period 1610-1900. In December 2011, an exhibition of antique, mostly religious, books printed in the period 1640-1770 followed. In 2012 lace work from the period 1800-1900 was exhibited in cooperation with the Saba Lace Ladies. Only in 2014 was the museum foundation Dutch Museum Saba officially established, and all collections were permanently exhibited, including furniture, carpets, chandeliers, paintings, mirrors, Chinese antique porcelain and much, much more.

This museum is a member of the International Council of Museums (ICOM), which is unique for a single museum in the Caribbean, Caderius van Veen said.

He said it is a “sad message” that almost the entire museum inventory is up for sale. The collection belonged to René’s grandmother Nia Caderius Van Veen-Steenhoff. Part of the antiques she inherited from her parents were sealed in the basement of her home in Arnhem, the Netherlands, but were stolen by Nazi Germans during Operation Market Garden in 1944. Another part was evacuated to Leeuwarden in Friesland, in the north of the Netherlands. After World War II she started to collect antiques again.

Young René inherited his love for antiques from his grandmother. From the tender age of four years he visited antique shops, where he was allowed to say what he liked or not and he inherited all of his grandmother’s antiques after her death.

Ten years ago, after 40 years of marriage ended in a divorce, he decided to leave the Netherlands and go to live in Saba. He offered all of the antiques to his two sons, but they wanted just a small part. Wanting to keep the collection together, everything was shipped in a 40-foot container to Saba.

“If people in Saba want to buy parts of the collections, that’s fine. After all, the histories of the collections date from the period 1600 to 1850 and the shared history of Saba and the Netherlands also dates from 1640,” Caderius van Veen said.

A page with links to complete inventories, descriptions, appraisals, values and more is available atwww.museum-saba.com/SALES/index.html.