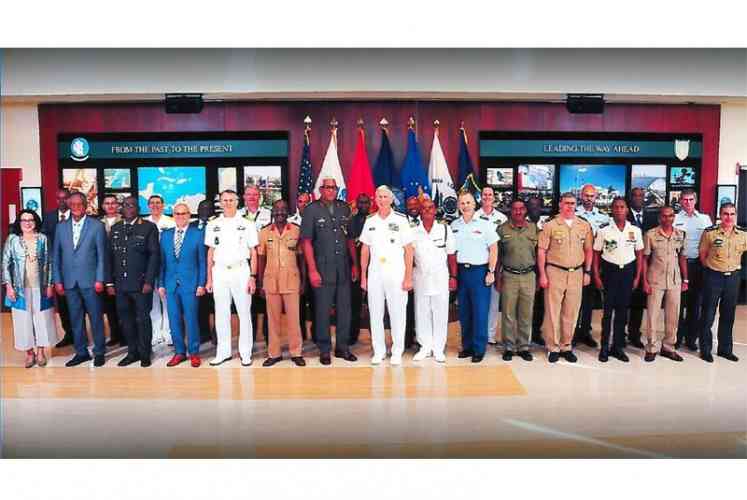 The subject of the conference’s first day was emergency humanitarian aid. Based on experiences after Hurricanes Irma and Maria in 2017 and Hurricane Dorian in 2019, the aid structures used and agreements between countries were examined by conference attendees.

The second day of the conference focused on security. De Vin moderated a roundtable discussion about concrete cooperation. Attendees specifically discussed how military means can be utilised to undermine non-state actors, such as internationally operating criminals.

“The Dutch approach was to deal with the benefits of the broadly-ratified San José treaty [American Convention on Human Rights – Ed.], including other organisations and mechanisms such as IMPACS [Implementation Agency for Crime and Security] and RSS [Regional Security System].

“All in all, [the Royal Dutch Navy] looks back on two positive days where both multi- and bilateral relationships have been perpetuated and steps have once again been taken towards more effective and efficient cooperation within the Caribbean,” said the Royal Dutch Navy in a press release on Tuesday.