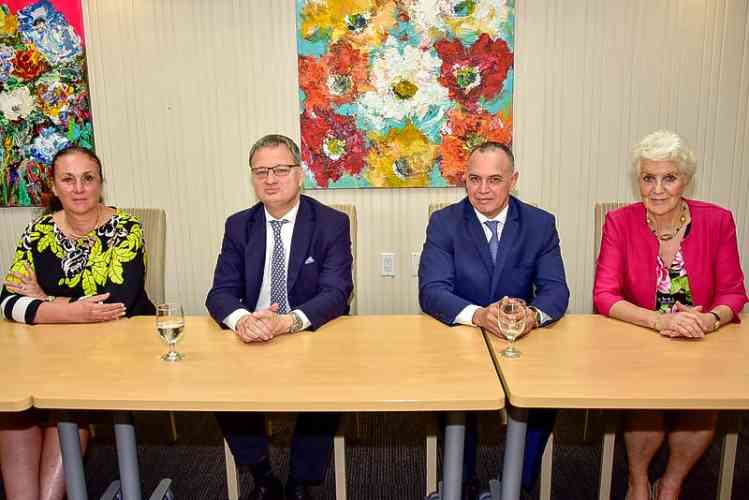 PHILIPSBURG–The Dutch Government has sent a proposal to St. Maarten for the issuance of a loan of NAf. 50 million with no repayments in the first five years to support the country’s liquidity. This stems from St. Maarten having an unspent loan for capital expenditures in 2017, totalling NAf. 21.7 million.

Finance Minister Michael Ferrier is to submit an amendment in the 2017 budget to Parliament as soon as possible, so that NAf. 21.7 million can be used for general expenditures and the loan can be signed off by the Dutch Government.

CFT Chairman Raymond Gradus said on Friday CFT has arranged “to give an advice in 24 hours” on the budget amendment when sent to the local government. CFT usually takes two weeks to render an advice.

In general, he said it is very important to get the economy going after the ravage of Hurricane Irma in September 2017. “Importantly, a boost in economic activity will have a positive influence on government’s finances and the deficit will shrink,” he said.
The Reconstruction Fund to which the Dutch Government has pledged 550 million euros, plays a “vital role in restarting the economy” and for the realisation of a better life for the people of St. Maarten.

The intensive discussions between the local and Dutch Government, the World Bank and IMF this week have not escaped CFT’s notice. “Although as CFT we have no official role in this, we have confidence that the projects of the Reconstruction Fund will be on their way. We hope that these talks lead to an arrangement in the coming weeks,” he said at a press conference held in Holland House Beach Hotel on Friday.
“The process to rebuild St. Maarten and the sustainability of public finance as well will take quite some time, but the resilience and the unity shown by the people should be mentioned as well,” he said.

Deficits
Dealing with the 2017 budget, Gradus said latest insights from government show there will be a deficit in 2017 of NAf. 153 million (69 million euros).
However, insight in the last months of 2017 is “still lacking and there are indications that the actual deficit will be somewhat smaller.”
Based on the situation in 2017, there will be a need for liquidity of some NAf. 70 million, as has also been communicated by previous Minister of Finance Richard Gibson Sr. to CFT.

March 1
The draft 2018 budget is with CFT for review. It has a deficit of NAf. 254 million (117 million euros), totalling 15 per cent of the country’s gross domestic product (GDP).
Given the current financial situation, St. Maarten expects that the shortage of the liquidity in 2018 is almost equal to the country’s deficit.

“Therefore, it is important to update this [2018] budget also on information of the last months of 2017 and take measures to cut expenditures and raise income and taxes, for example by broadening the tax base,” said Gradus. It is government and ultimately Parliament to decide on these measures.
If measures are taken, the deficit in the draft budget “can be smaller,” although definitively it will not be a balanced budget, he said.

In CFT’s view, a large deficit is “unavoidable.” This means government will need liquidity support for this year. This shortage in liquidity is looming already in the first half of 2018 and perhaps already shortly after the first quarter, although exact information is still lacking, Gradus pointed out. CFT will seek more information on this from Ferrier.
It is “very important” for the draft budget to be adopted by Parliament by March 1, as CFT had advised in December 2017. Based on this, budget discussions should be started between the Dutch and local government on liquidity support and under what circumstances,” he said.

Balancing
CFT urged government to get persistent IT problems resolved urgently and has advised government to ask the Dutch Government for technical assistance and capacity building.
“In our opinion, strong financial management would be beneficial for both St. Maarten and the Netherlands,” Gradus said.

Since the third quarter of 2016, government – the Finance Ministry in particular – has suffered from IT problems. These problems make it harder for the minister to have a good oversight on expenditures and efficiently allocate the limited available funds.
Also, the Finance Minister’s possibilities to publish quarterly reports on the financial situation are limited. Without these reports, Parliament’s insight in the financial situation is also limited, he said.