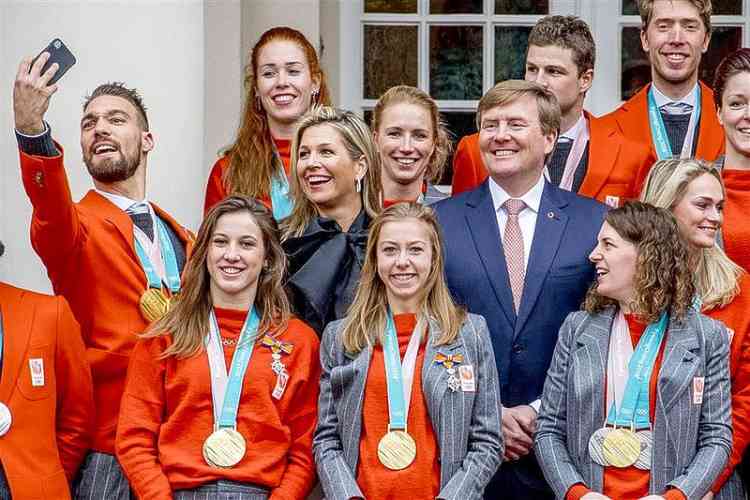 THE HAGUE–Deputy Prime Minister Hugo de Jonge and Minister of Medical Care and Sport Bruno Bruins on Friday addressed the Olympic and Paralympic medallists and their supervisors.

The Winter Games of 2018 in South Korea were a great success for the Dutch team led by chefs de mission Jeroen Bijl and Esther Vergeer. The Netherlands won no fewer than 11 gold medals, nine silver medals and seven bronze medals.

Deputy Prime Minister De Jonge, who is also Minister of Public Health, Welfare and Sport said in his speech he is proud of the Olympic medal winners.
“You are the best athletes, coaches and counsellors of our country, and often also of the world. That is something to celebrate and to be proud of,” he said.

Minister Bruno Bruins then presented royal awards to the nine gold medal winners. “It is the first time that Olympic and Paralympic athletes are on stage together. For me that symbolizes how we want to deal with sport, namely for everyone. And for the opportunities that exist in the Netherlands to pursue the same dream: performing at the highest possible stage. And that is exactly what you have done,” he said.

Also on Friday, King Willem-Alexander and Queen Máxima received the Olympic medallists at Noordeinde Palace in The Hague.