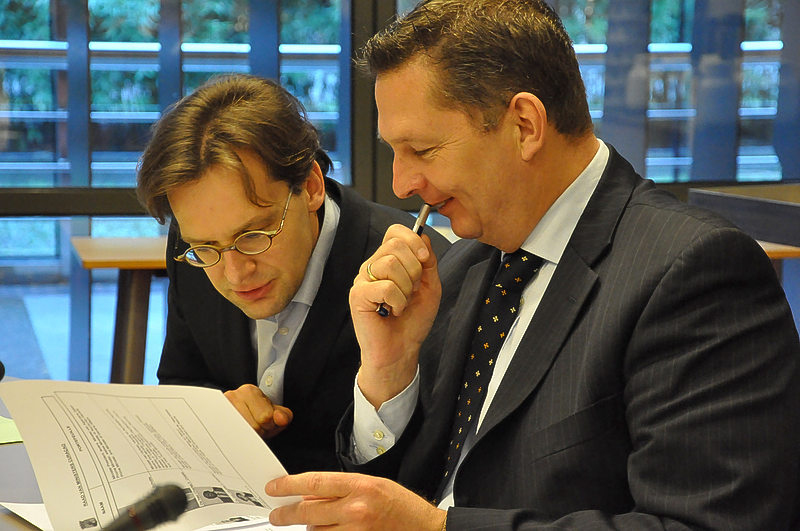 THE HAGUE–Members of the Permanent Committee for Kingdom Relations of the Second Chamber of the Dutch Parliament are highly critical of Monday’s decision of the St. Maarten Parliament to block the establishing of an Integrity Chamber for Country St. Maarten.

“Political games are being played to hamper the much needed achieving of integrity and transparency in Government,” said Ronald van Raak of the Socialist Party (SP) in a reaction to The Daily Herald. “What do the local politicians have to hide that they don’t want integrity and transparency,” asked André Bosman of the liberal democratic VVD party.

“St. Maarten politics has to become self-cleaning,” said Roelof van Laar of the Labour Party PvdA. The three Members of the Dutch Parliament strongly disapproved of the unanimously passed motion of the St. Maarten Parliament not to pursue the establishing of an Integrity Chamber and to condemn the move of the Dutch Government to appoint a quartermaster for this Chamber.

“It is typical that the only matter on which the St. Maarten politicians unanimously agree is to abandon agreements [with the Netherlands – Ed.] to improve the integrity of the local administration. The St. Maarten people deserve better,” Van Laar told this newspaper.
“I cannot draw any other conclusion than that there are great objections to an Integrity Chamber whereas there is nothing to fear when one has nothing to hide. Apparently there is something to hide that the St. Maarten Parliament decides to obstruct the Integrity Chamber,” said Bosman, who questioned the commitment of the island politicians to improve integrity and transparency.

“I find it disappointing that initiatives to promote integrity and to combat corruption get off the track every time. The Netherlands is being blamed, fingers are pointed. It is clear that the St. Maarten politicians don’t want to take their responsibility, and that is too bad because an Integrity Chamber is in the best interest of the people,” said Van Raak.
Van Raak said he had hoped that St. Maarten would cooperate to “clean up the bad money and corrupt politicians” and to achieve more integrity and transparency in Government. He said that motion was a “signal” to the people that the Parliament was “not willing to take a hard look at itself.”

Van Laar, Van Raak and Bosman agreed that “something needs to happen” to improve the integrity. The Members of Parliament (MPs) reminded St. Maarten that there was an agreement, a protocol that was signed by Dutch Minister of Home Affairs and Kingdom Relations Ronald Plasterk and St. Maarten Justice Minister Dennis Richardson.
Bosman called for an instruction of the Kingdom Government to instruct St. Maarten to establish an Integrity Chamber. “I assume that Minister Plasterk will take the instruction from the shelf, because it needs to happen, period,” he said.

“This relates to good governance and the guaranteed function of the Kingdom. The Kingdom Charter makes it possible to intervene in cases such as this by issuing an instruction. Welcome to the Kingdom. This is the reality. Take it or leave it,” said Bosman.
Van Raak did not call for an instruction. “You must want integrity, good governance. You cannot force that. This motion only confirms that the St. Maarten Parliament is more busy getting rid of rules instead of setting them,” he said.

Van Raak said that “luckily” the large-scale investigation of the gambling industry was ongoing. Financed by the Dutch Government, with the help of the law enforcement authorities of the United States and Italy, this investigation has resulted in the arrest of casino boss Francesco Corallo. “We are doing our work. We are taking our responsibility. St. Maarten should do the same,” he said.

For the VVD and SP which are in favour of having a commonwealth structure the adopted motion was yet another example as to why in their opinion the current constitutional structure of the Kingdom didn’t work.

“If St. Maarten wants to have it this way, they should do so as an independent country. That way they can have all the corruption they want and they can do whatever they like. But not within the Kingdom,” said Bosman.