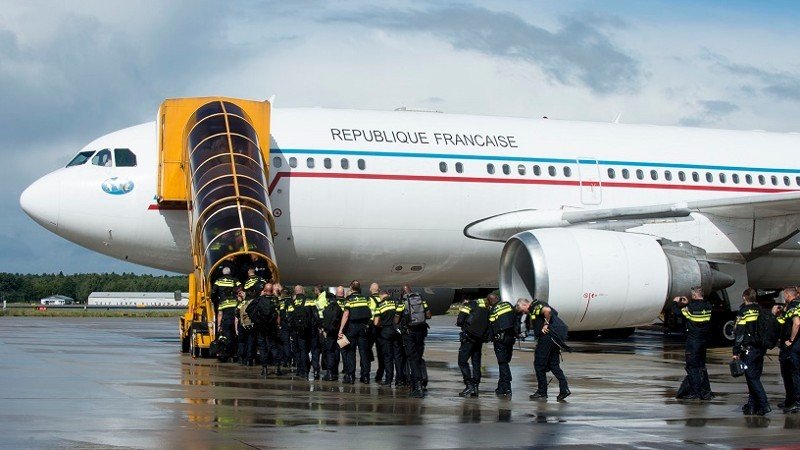 THE HAGUE–A platoon of 49 Dutch police officers left for St. Maarten from the Eindhoven military airport in the Netherlands on Thursday morning. The officers will carry out basic police tasks and assist the St. Maarten Police Force KPSM.

The request for additional Dutch police officers came from the St. Maarten authorities: the local government, KPSM and the Public Prosecutor’s Office. “We will mainly carry out basic police tasks. Gradually we will take over the public order tasks of the military,” said platoon leader Jan Boersma in a press release of Dutch police.

Boersma explained that the objective was to normalise the situation for the people on the island, to get in touch with the people so they can feel safe and to work in the districts. The police officers originate from different police units and are familiar with foreign missions.

“These people are anxious to get to work and assist,” said Boersma, who added that this mission was only possible with the support of the home front and colleagues who all have shown understanding for the rapid departure.

It is unknown at this stage how long the police officers will remain on the island. “That is hard to say. It will depend on the circumstances,” said Boersma. Three Dutch police officers had already gone to St. Maarten to prepare the mission.

Also working on the island are the full team of the Urban Search and Rescue (USAR) and members of the Kingdom Detective Team RST. Some 50 police officers from Aruba and Curaçao are assisting as well.