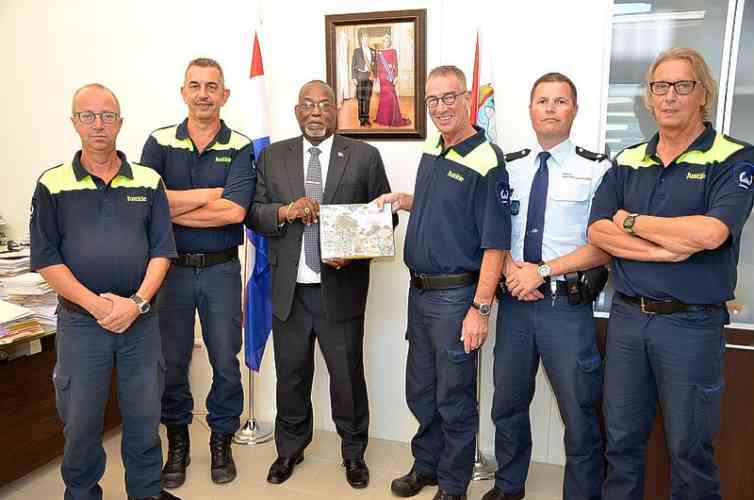 POINTE BLANCHE–The services rendered by four specialised officers from the Dutch Custodial Agencies (“Dienst Justitiele Inrichtingen”) have been mostly behind the scenes, or rather behind the walls of prisons for the past three months.

The team of four was also integral in organising the transport of 60 inmates from St. Maarten to Curaçao and the Netherlands in October.

Prime Minister Rafael Boasman thanked the team on Friday for their support and was especially thankful for their work in the prison and with the smooth transfer of inmates. Boasman is quoted as saying the team “worked together with all local authorities in a perfect way.”