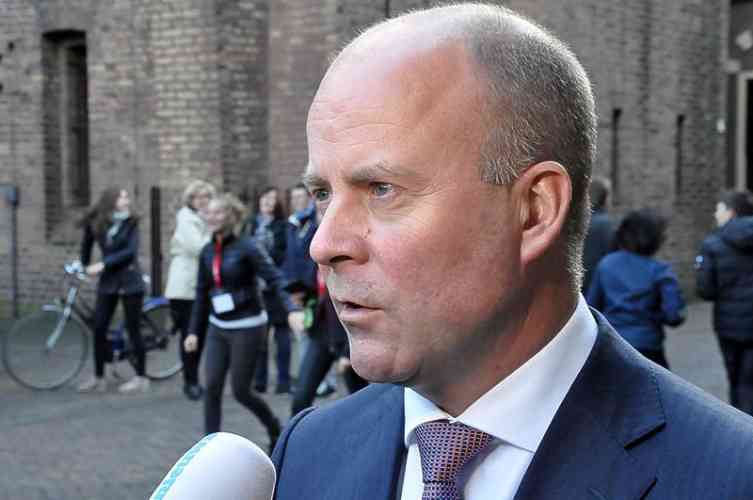 THE HAGUE—Dutch State Secretary of Home Affairs and Kingdom Relations Raymond Knops announced on Thursday that he will immediately make 7 million euros available to finance a number of short-term projects that can start at once.

Contributions will be made to non-governmental organisations NGOs that are already actively engaged in providing assistance in St. Maarten after the hurricane, such as the White and Yellow Cross, the Red Cross and the United Nations (UN), Knops stated in a letter to the Second Chamber of the Dutch Parliament. It will concern short-term projects up to a maximum of six months.

Focus will be on people’s basic needs and the vulnerable groups in society such as the elderly and children. Projects will be started to provide a roof over the heads of these vulnerable groups, to offer psychosocial assistance and to cater two daily meals for school children.

Furthermore, micro-credit will be provided for (re)starting small entrepreneurs, while innovative entrepreneurship will be stimulated in cooperation with Dutch start-up initiatives. Funds will also be available for the training of youngsters and unemployed hotel and restaurant (tourism) personnel to prepare them for jobs in the construction and care sector. The idea is that the local people who are in dire need benefit from these projects.

According to Knops, the 7 million euro short-term contribution enables a number of smaller projects to get going at once. “We can now make a quick start,” he told the media on Thursday. He explained that the funding of existing initiatives and smaller projects via NGOs was “more manageable.” “The plans for these projects are ready and can be executed right away.”

The State Secretary said that larger projects, which will be financed through the 550 million euro Reconstruction Fund, required more preparation and time and that these would be coming at a later stage. He said that he had been in contact with caretaker St. Maarten Prime Minister Raphael Boasman and that the letter was “very happy” to hear that a number of smaller projects would receive immediate funding.

Asked for a reaction to the hiccup in the formation of a new interim St. Maarten Government with the pulling back of “formateur” Franklin Meyers, Knops said that he didn’t consider this to be a problem and that he would work with any government that worked with the Dutch conditions and had St. Maarten’s best interest at heart. He said that Wednesday’s development confirmed that the system of screening functions properly.