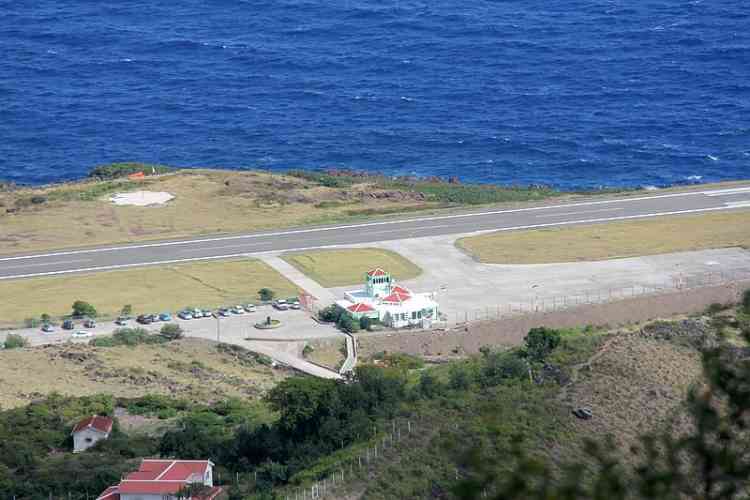 SABA/ST. EUSTATIUS–The Rijkswaterstaat Department of the Ministry of Infrastructure and Water Management I&W is busy renovating the airports of the Caribbean Netherlands. This is considered a special project, because the Ministry of Infrastructure’s Department normally does not engage in aviation. Moreover, this is considered a worldwide cooperation, Rijkswaterstaat is stating on its website

The renovations are necessary because the airports of the Caribbean Netherlands must comply with the rules of the International Organisation for Civil Aviation (ICAO). These rules apply to all Dutch airports.

By order of the Ministry of Infrastructure, Rijkswaterstaat has built a new air-traffic control tower in Bonaire, which was officially commissioned in September.

The runway of F.D. Roosevelt Airport in St. Eustatius has been renovated and the tender for the renovation of the runway at Saba’s Juancho Yrausquin Airport has just been announced.

Project Manager Rob Kroon explains how Rijkswaterstaat has become involved in airport projects. The first time was during the renovation of Bonaire’s airport in collaboration with the Human Environment and Transport Inspectorate ILT between 2010 and 2012.

“We were involved because there was a need for our knowledge about contract management, tendering and project management. This cooperation went so well that we were asked by the Ministry of I&W to formally act as a face to the market for the renovation of the airports in the Caribbean Netherlands,” Kroon explains.

Rijkswaterstaat still provides knowledge about project- and contract-management, whereas the Ministry provides technical knowledge in the field of aviation.

According to Kroon, the biggest challenge of the project is the distance between the client and the various (local) market parties.

For example, Netherlands Airport Consultant Naco designed the control tower for Bonaire, Van Boekel Zeeland Construction and Infra built the tower and the Canadian company Aeronay installed the traffic-control systems on behalf of the Dutch Caribbean Air Navigation Service Provider. All this happened in cooperation with airport management.

Also during the renovation of the runway at Statia’s airport there was a worldwide cooperation. The subcontractor who installed the asphalt, for example, came from Jamaica.

The renovation of the runway on Saba has yet to start. The track is still made of asphalt, but soon there will be a concrete strip. There will also be a platform for helicopters. The Airport will be temporarily closed for renovations, according to Rijkswaterstaat.

To inform the market Rijkswaterstaat will be making use of TenderNed as usual. But the standard methods in the Netherlands are not always sufficient for the Caribbean Netherlands, and customisation is required.

To inform the local market, for example, Rijkswaterstaat will be publishing tender notices in the local newspapers in three languages. Interested market parties may find more information on TenderNed. An information session will be taking place on Saba during the third week of January.

Rijkswaterstaat will be using standard contracts as much as possible, but here too there is room for customisation.