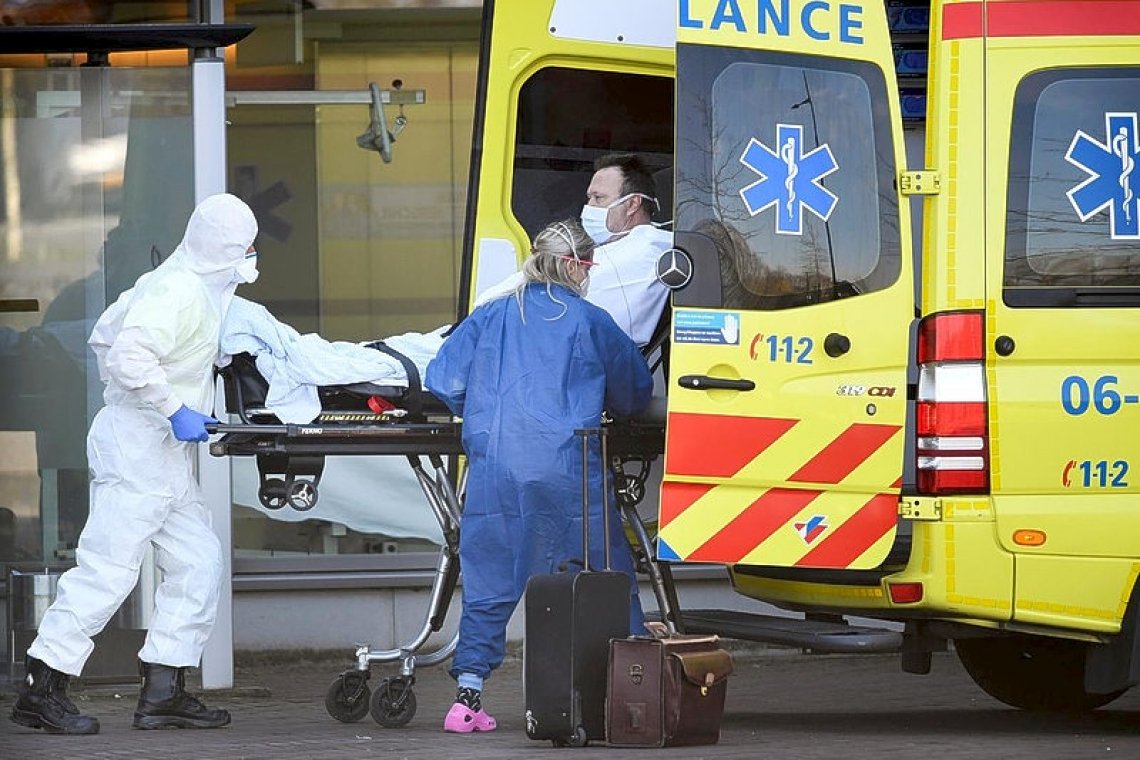 AMSTERDAM–There has been a slight increase in the number of hospital admissions for coronavirus in the Netherlands, the National Institute for Public Health and the Environment RIVM said in its latest update. In total, a further 308 people have been hospitalised, compared with 292 on Tuesday. This means the total number of admissions has now reached 7,725.

The number of people who have officially died of coronavirus has risen by 147 to 2,248, well down on Tuesday but up on Monday and Sunday, the RIVM said. The figures are subject to a time lag.

The number of positive tests went up by 969 to 20,549, but this is because more people are now being tested for the virus, the RIVM said.

Meanwhile, RIVM infectious diseases chief Jaap van Dissel told Members of the Dutch Parliament (MPs) on Wednesday morning that coronavirus cases have been identified in at least 900 of the Netherlands’ 2,500 nursing homes. It is unclear as yet how many cases there are in total.

By April 1, 281 nursing-home residents had died in the homes, Van Dissel said. The total death toll from coronavirus on April 1 was 1,173. Visits to nursing homes have been banned since March 19 in an effort to contain the spread of the disease.

In his briefing, Van Dissel also said that it is too easy to consider relaxing the Dutch lockdown. “We are taking part in a marathon, not a sprint,” he told MPs.

Nevertheless, there is a real slowdown in the growth in the number of infections, he said, although pressure on intensive care units will continue for some time.

There are also wide variations in the spread of the disease nationwide. Almost a quarter of the known Dutch infections are in the province of Noord-Brabant, where the epidemic first erupted after Carnival and the winter-skiing season. In Groningen, by contrast, there are just 227 confirmed cases, or 1.1 per cent of the Dutch total. Drenthe, Friesland and Flevoland also have very low rates of infection.