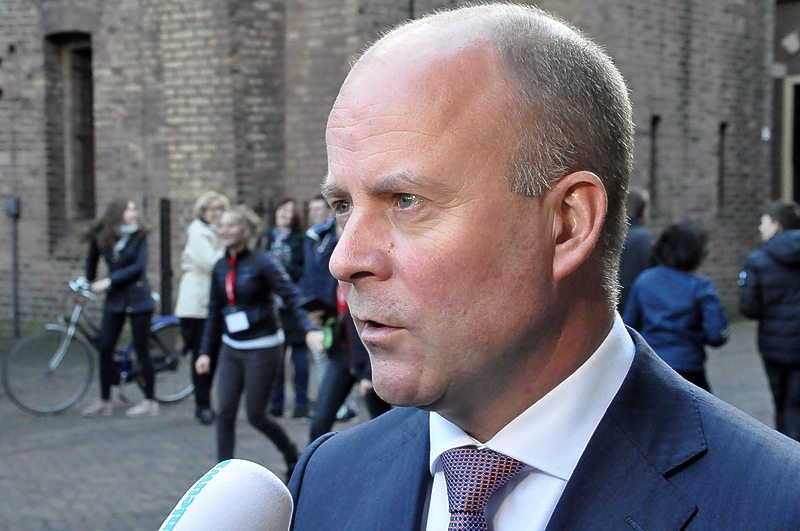 THE HAGUE–St. Maarten’s Prime Minister William Marlin has got to go before the 550 million euro Reconstruction Fund paid for by the Dutch Government can be put to use.

“The Netherlands is ready and willing with assistance for St. Maarten, but the political rules of the game have to be complied with,” said Rutte during his weekly press briefing on Friday, a few hours before Marlin announced his resignation during a press conference in Philipsburg. Rutte acknowledged that the intervention by the Kingdom Government to have Marlin dismissed was a “very heavy measure,” but that it was needed. “He just has to go.”

State Secretary Knops said the measure was “unavoidable,” since Marlin so far had refused to resign. “I have made many efforts in the past two weeks to get things moving. I have been in close contact with the Governor, but to no avail: Marlin has not responded and refuses to resign,” he told The Daily Herald.

“I am not going to speculate about a next step in this bizarre situation. We are considering various scenarios, but I will not anticipate on those,” said Rutte, who acknowledged that this was the first time in history that the Kingdom Government had taken such a far-reaching measure.

“It is a highly exceptional case. There is a motion of no-confidence against the Prime Minister and simply refuses to go, against all principles of good governance. At the same time we have a country that was devastated by a hurricane of the most powerful category. We want to help, but only under certain conditions and that cannot happen as long as Marlin has not resigned,” said Rutte.

“Completely ignoring motions of no-confidence, that is not a government that I wish to do business with,” said Knops. “As a Kingdom we cannot accept that a Prime Minister violates his own Constitution and the principles of good governance. The November 10 motion was a personal motion of no-confidence against his person. In such as case, there is only one thing one can do and that is to resign. The rules of the game of the constitutional law say that you resign when you no longer have the confidence of Parliament.”

According to Knops, the objective of the instruction was to force Marlin to do what he has to do. “It is a harsh measure that we have put quite some consideration into. This decision was unavoidable,” he said.

The State Secretary made clear that he would not be going to St. Maarten this Sunday if Marlin had not resigned by then. “It would make little sense to go.” He said he did find it important to visit St. Maarten to speak with members of the community and the local organisations, including the private sector, to discuss the reconstruction.

“I want to start with the reconstruction as soon as possible, but the situation of a Prime Minister who refuses to step down makes it impossible to start that process. As long as he sits in office, the reconstruction is on hold. I feel very sorry for the people, but I also feel sorry that some St. Maarten politicians put their own interest above that of the people,” said Knops, who added that the installation of a new interim government was a separate issue.

Both Knops and Rutte didn’t want to anticipate on what would happen with the visit of the King and Queen to St. Maarten on December 1. Knops said that the visit of the Royal couple was not linked to his own visit which was more of a political nature. Rutte said that the visit to Saba for Saba Day on December 1 was an important reason for the King and Queen to travel to the Windward Islands.