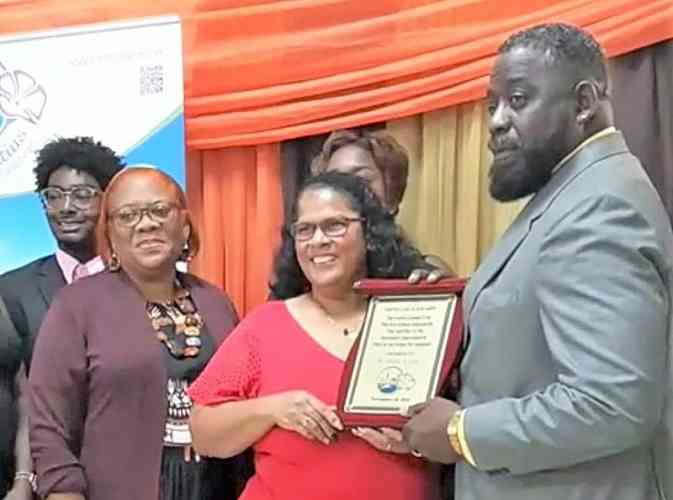 ST. EUSTATIUS–Dwayne “Uncle Butch” Lindo received the Man of the Year award during the Men’s Day Gala at Mike van Putten Youth Centre on Sunday. Lindo was recognized by St. Eustatius Tourism Development Foundation (STDF) and the Statia Men’s Day Committee for his dedication, time and effort to the betterment and improvement of others in and around the community.

With 50 attendees, the gala was deemed a great success. Those present heard from a wide range of speakers, including committee member Maldwyn Timber, who stressed the importance of fatherhood.

“The identification of what it is to be a man now is very different to what we probably used as a model yesterday,” said keynote speaker Wendell De Leon in stating that society has changed.

Motivational speaker attorney-at-law Jason Rogers explained that St. Eustatius now is not the same in comparison to his childhood days when the community was more involved and offered mutual support.

In the days when he was growing up “the entire village” raised children. “We need to go back to those days,” Rogers said.

Medical doctor George Odongo kept the audience awake after dinner with his sense of humour. He spoke about health and wellness and said men should pay close attention with regard to testosterone levels and prostate cancer.