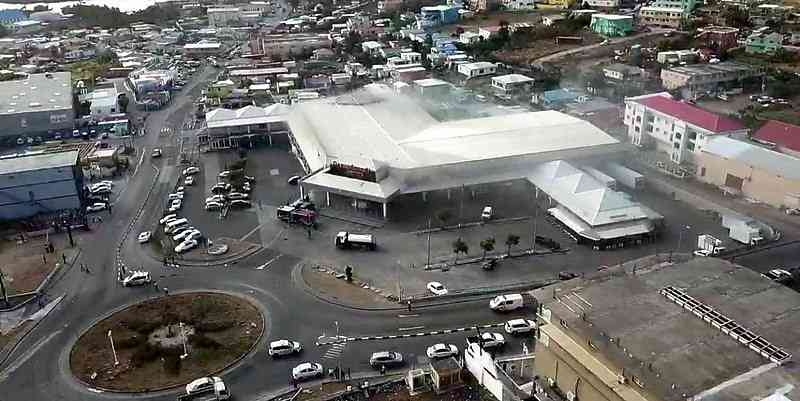 On their arrival firemen saw smoke and felt heat waves coming from the back of the Carrefour building. Police arrived minutes after the fire department and started to divert traffic to other areas to allow firefighters to fight the blaze.

The fire was contained two hours later and the all clear was given to allow owners and staff of the business to go inside and asses damages. The cause of the fire is still being investigated by police.

A total of 28 fire officials were on scene to contain the blaze from spreading to the entire building.