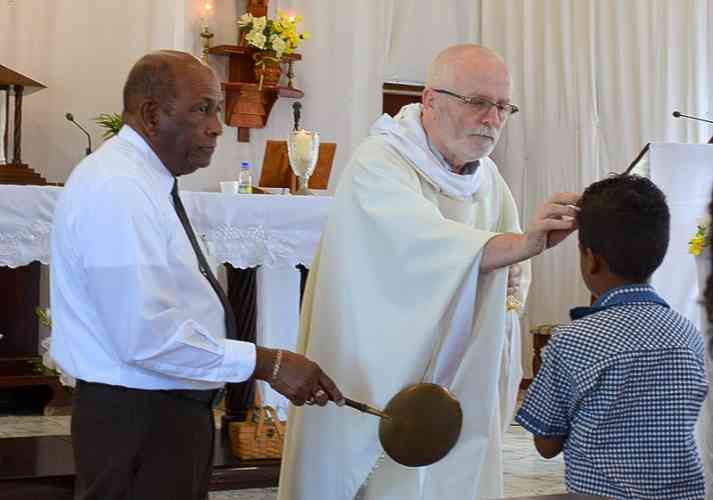 This day in the Christian calendar is typically used to retell the story of the resurrection of Jesus Christ from the tomb. De Jong chose to follow the narrative from the Gospel of St. John.

“According to John’s story, Mary Magdalene seeks the crucified Christ in the shadows – when it is still dark.” De Jong said.

“The stone of the grave has been rolled aside. Naturally, she seeks him in the grave. She still doesn’t know that death has been conquered. That is why the emptiness in the tomb leaves her upset. Without Jesus she is upset. Mary Magdalene then hears that angelic message that has resonated for almost two thousand years: ‘Why do you seek the living one among the dead?’”

De Jong used the story to illustrate that Jesus Christ should not be forgotten but sought with all our energies. “Not in the world of the dead or dead religions but where real life is.”

Children were invited by De Jong to hand out symbolic stones to the congregation. “Do not cling to the past knowing that the creator took away the stones from your stomach and soul.” he reminded them.

“Do not be afraid to follow unplanned routes. Believe in the risen Lord, for he will take all stones from you.”

Following Easter Sunday service, all children in attendance were asked to write a message on yellow cards. These were attached to balloons which were set free to float across the Bay. “We do this to send a message of hope for the joy of Easter,” De Jong said.