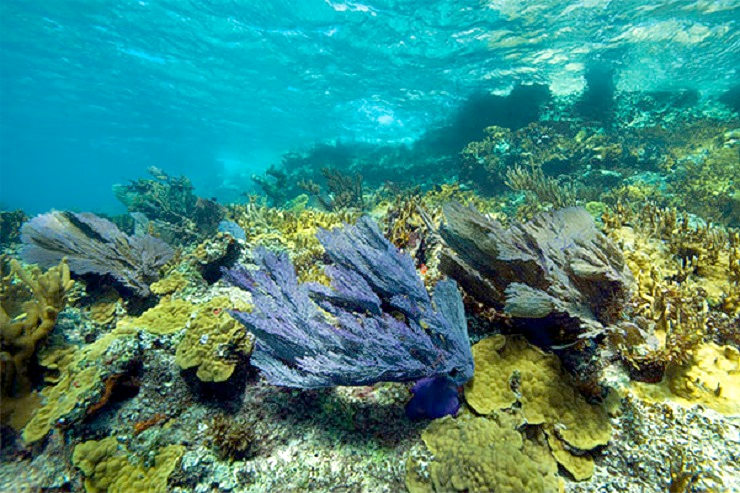 The Nature Conservancy combined existing data, collected by regional and international scientists, to create individual report cards for Antigua and Barbuda, Dominica, Grenada, St. Lucia, St. Kitts and Nevis and St. Vincent and the Grenadines. The report cards not only provide information on coral reefs, but also assess mangrove and seagrass habitats, as well as management strategies to improve these ecosystems.

Each report card was created in collaboration with local government partners, including fisheries, forestry, marine resource and environmental departments, and non-governmental organisations.

“Having reliable data that is accessible allows community and resource officers to take actions that preserve our reefs and marine resources,” says Agnes Esprit, In-Country Project Coordinator in Dominica where the launch of the report cards coincides with the opening ceremony for the Cabrits National Park Marine Reserve office.

The report cards were funded by the German Federal Ministry for the Environment, Nature Conservation, Building and Nuclear Safety as part of the Climate-Resilient Eastern Caribbean Marine Managed Areas Network (ECMMAN) project, which aims to build a regional network of protected coastal areas.

Coral reefs are home to over 25 per cent of all marine species, protect the shore from waves and storms, and create tourism opportunities. Despite their economic and environmental importance, it is difficult to understand their health and status without searching through complex data or becoming a regular diver.

The report cards also present an opportunity to use data to address issues like over-fishing, pollution and climate change. The Healthy Reef report cards from the Mesoamerican region, after which the Eastern Caribbean series is modelled, have been used as a tool to advocate for marine conservation for almost a decade.

Data-monitoring teams from each country will continue to fill gaps in data and update information in future versions of the report card. ~ Caribbean360 ~