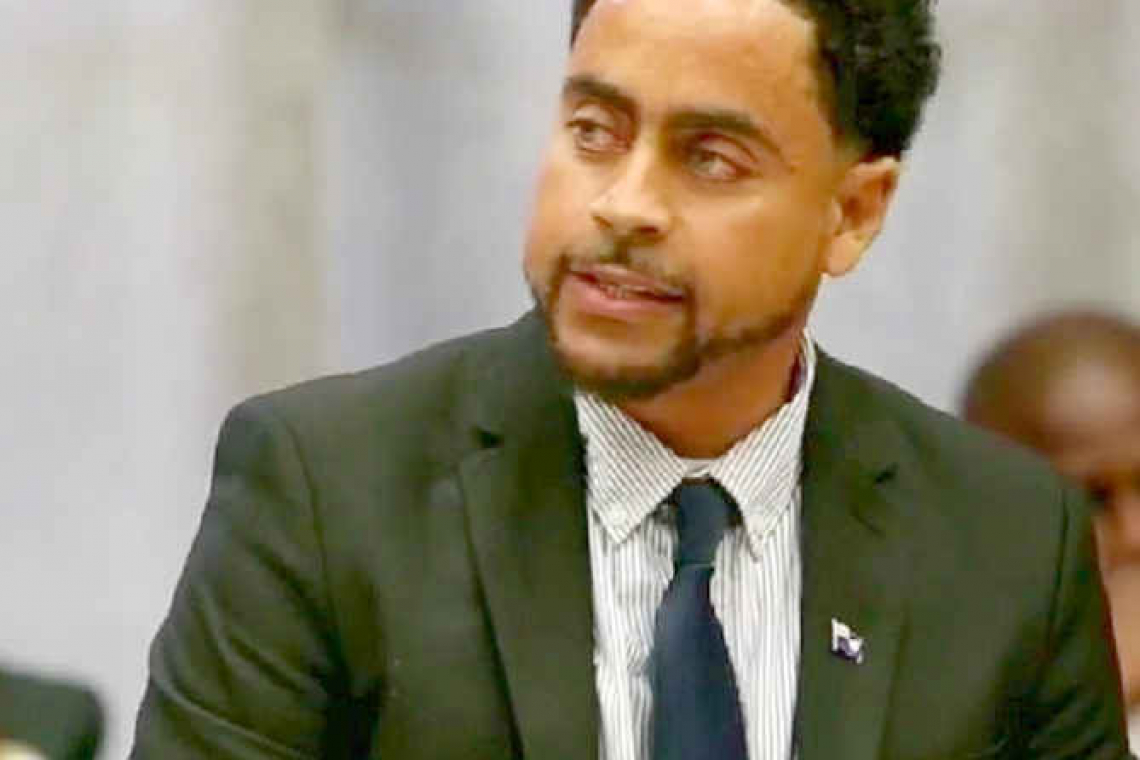 ANGUILLA–On Friday afternoon news quickly circulated around the island of the resignation of Minister of Economic Affairs Kyle Hodge from the Anguilla Progressive Movement (APM) government. His letter to Premier Ellis Lorenzo Webster began, “I am submitting this letter of resignation because my conscience and commitments to the people of Anguilla no longer permit me to serve as a member of the Anguilla Progressive Movement and minister of government in your administration.”

Hodge said that since he voted against the Goods and Services Tax (GST) legislation his relationship with the premier has not been the same. In the letter he stated that he upholds his position that the GST is not the right tax regime for Anguilla and believes that the government did not work hard enough to find alternative ways. “I believe that my dissenting vote on the Good and Services Tax (GST) marked the initial fraying of our relationship; since then we have not been on the same page. There is a mutual lack of trust and understanding and most importantly, our goals for the Anguillan people have fully diverged and there is little common ground.”
The minister went on to say that he upholds his position that GST is not the right tax regime for Anguilla. He said the government had not worked hard enough to find suitable alternatives or ways to make GST more palatable. “I agree that we must find suitable ways of raising revenue, however, GST is not suitable and does not fit the economic landscape of Anguilla,” said Hodge. Previously Hodge had suggested that they pursue a sales tax which the business community was more prepared to execute, given the timeline for implementation.
Hodge suggested that the premier is incapable of understanding the fear and real anxiety that business owners are facing as they are dealing with higher shipping cost, higher costs of goods and services, food shortages, increased fuel cost, shipping delays, and labour shortages. He said that inflation is not something we can control but the cost of doing business in Anguilla has for many years been prohibitive.
“While the subject of GST represents the core of my concerns, there are other issues that led me to this path. The lack of organised leadership, the lack of a party structure, your approach and tone towards the good people of Anguilla, is unacceptable to me.” He went on to say that they differ in leadership style and suggested that the premier has a lack of tact, diplomacy and emotional intelligence. He said that in general the premier’s tone to anyone who opposes him or criticises him is condescending and lacks the thoughtfulness that he should have in his position.
Hodge said that he will continue to serve the people who elected him as he will still be a member of the House of Assembly. “My resignation today does not mean GST disappears, so let us continue to unite our efforts to either make it more palatable or find other ways to collect the revenue that is needed to run the country. I wish the entire government a healthy and prosperous term in office. I also take this time to commend you for the relief package granted to the people of Anguilla as we deal with hyperinflation in Anguilla. Thank you for allowing me to serve as Minister of Economic Development, Investment, Commerce, Natural Resources and Information Technology. I wish you the very best politically and otherwise,” he concluded.
The APM Administration will still have the majority in the House of Assembly with six members. The GST legislation is scheduled to come into force on Friday, July 1.