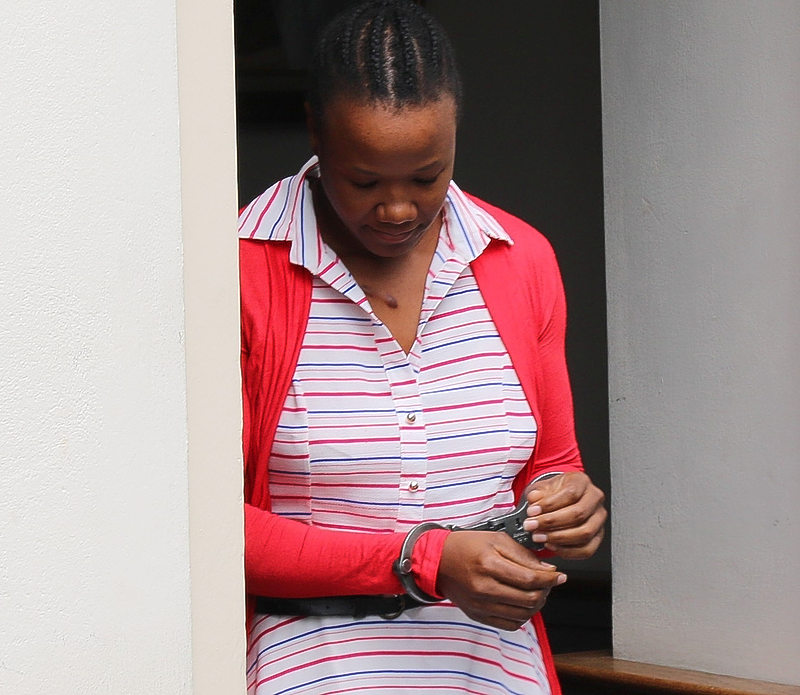 PHILIPSBURG–The Joint Court of Justice, on Thursday, heard the appeal of Jannie York, who on November 2, 2016, was sentenced to 18 years for involvement in the killing of her father Eddy York, Sr. in cold blood at his home on December 31, 2014.

TheProsecutor’s Office holds York (34) for the mastermind of the murder, with her nephew Renaldo York (22) as the triggerman.

Renaldo, who confessed to the crime and who did not appeal his 15-year sentence, was heard as a witness in his aunt’s appeal.

The Court of First Instance said the evidence in both cases proved that Renaldo had been influenced by his aunt to shoot Eddy York Sr.

Jannie has consistently said she had nothing to do with the murder. Also on Thursday, Jannie, dressed in a red T-shirt with the text “Be Great” printed in white letters on the back, maintained her innocence.

Eddy York, Sr., who was 72 years old at the time, was found dead in his bedroom in his Upper Prince’s Quarter home. He was the father of 26 children. Jannie York was arrested nine months later, on September 16, 2015.

During interrogation by police and the investigating judge, Renaldo confessed to shooting York, but changed his statement three times, accusing several persons of ordering the murder; ultimately he pointed the finger at Jannie.

Jannie’s lawyer Shaira Bommel queried Renaldo about his reasons for altering his statements, but he did not provide much additional information only saying he maintained his final statement.

Charges against Jannie include aiding, abetting and being an accessory to murder and manslaughter. The case against her is primarily built on her nephew’s statements reading that she had offered him a reward and had provided him with the murder weapon.

Jannie denied the charges. “I never gave a gun to my nephew or even possessed a gun in my entire life. I don’t know why he would say that,” she said in responding to the allegations.

Other evidence of Jannie’s involvement with the crime consist of frequent telephone contacts in December 2014, and a picture of a revolver found on Renaldo’s phone, allegedly taken at Jannie’s apartment.

Jannie pointed at other members of her family as being potential murderers stating that her father had been the victim of family arguments and threats.

The paterfamilias’ murder allegedly had a financial background in connection with the renting out of shacks. Jannie and her father used to collect the rent together, but it appeared that another family member had cashed in the rent behind her back.

Jannie denied she had any problems with her father and said they had been in a very good relationship. She said she had quit her job to take care of her father, who paid her a monthly salary and also took financial care of her household.

In stating that Jannie was a “manipulative and unscrupulous” person, the Solicitor-General called for confirmation of the verdict. He called it a cowardly act that the woman had manipulated her nephew to kill his grandfather.

“He wants to put the blame on his aunt and minimize his own role,” the lawyer said. “This case is rife with uncertainties concerning my client’s involvement in her father’s death,” Bommel said in stating that her client had never been in the vicinity of her father’s house on Old Year’s Day 2014.

“I have nothing to do with my father’s death or forced anyone to kill him. I don’t know who did it. I have to live with that. He’s gone…My dad was my hero and everything for me. I want justice for him. He did not deserve this. No one deserves to die so cruel,” Jannie said in her last word.

The Appeals Court will give its decision after June 20.