Home Local News EDF: 40 per cent of French side has light 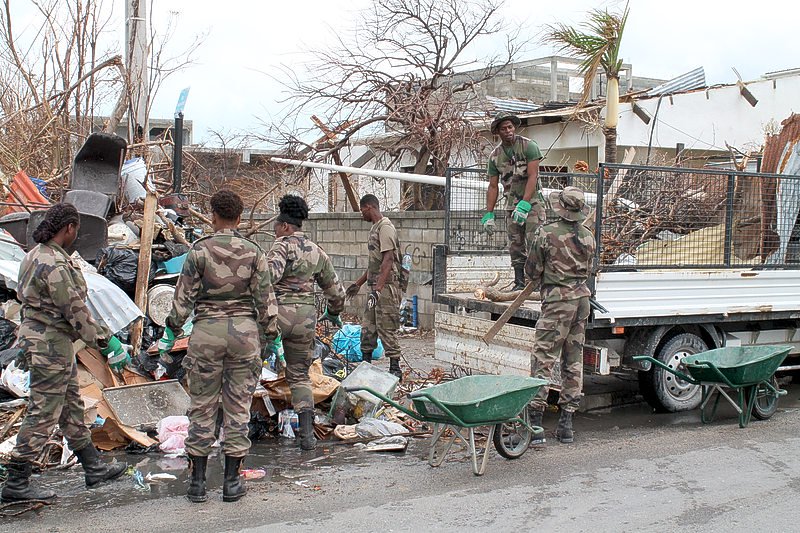 MARIGOT—Forty per cent of the French side population, in those areas where networks or infrastructure is underground, has power an Electricté de France (EDF) technician indicated Wednesday. Work is continuing on restoring overhead cables in St. Louis, Rambaud, Friar’s Bay and other areas.

EDF is being supported by teams from Guadeloupe, Martinique, France, and Corsica. Due to the passing of Hurricane Maria a ship delivering materials was held up but is due to arrive today. Some of the support teams are being housed at the EDF plant in tents.

Also a 100 generators of different sizes have arrived. These are being used for the antennas for the mobile network, certain shops, businesses, bakeries, pharmacies, and a housing project where the transformer has blown.

President Daniel Gibbs said Wednesday the water and electric companies are on course to deliver on their promises to deliver within two months of the passing of Hurricane Irma. “We can produce water, that’s no problem,” he added. “In addition we will have portable units to transfer sea water into potable water in areas where there are still problems in the lines. The most important thing is to ensure the integrity of the network, that there are no leaks. We don’t want to waste any water.”

Gibbs also indicated that commercial flights from Grand Case airport, inbound and outbound, will start at the end of this week.

Food and water deliveries are continuing on a daily basis in the districts. In Sandy Ground, one of the worst hit areas, teams of young soldiers from the adapted military service (RSMA) from Guadeloupe were seen cleaning up the road sides of zinc and debris. About 100 are working until the end of October when they will be replaced by another team.

Telecommunication provider Orange has brought in three mobile antenna vans to boost its network coverage. Inter connecting calls between French and Dutch side is still a challenge. UTS and Chippie have not come back on line on the French side. St. Martin Cable TV suffered significant losses to their area network and MSR suffered loss to their data center.

The association of French side hoteliers (AHSM) has noted 70 per cent of hotels are out of service. Most available rooms have been taken over by the military or relief agencies. The association indicated most hotels will need up to a year and a half to two years before they can welcome tourists again.