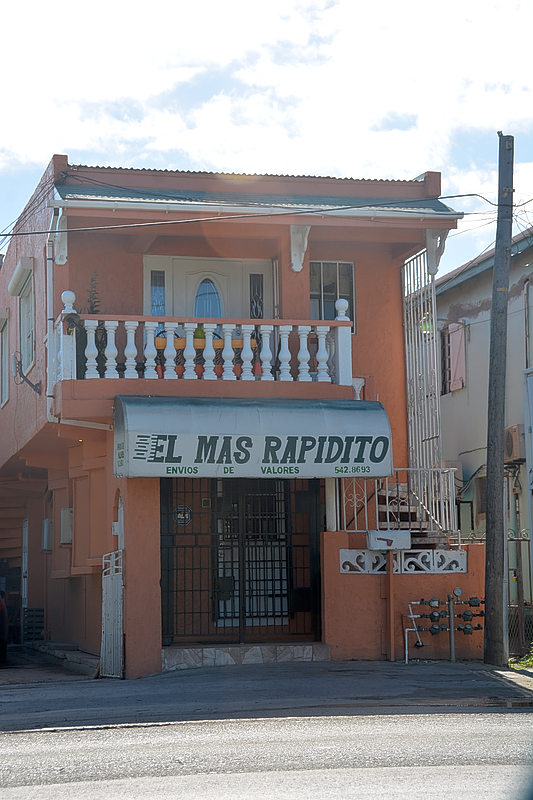 PHILIPSBURG–El Mas Rapidito (EMR) Courier Services N.V. took the Central Bank of Curaçao and St. Maarten to court Friday, after the bank published a warning notice on January 4, stating that the company handles money-transfer services without a permit.

According to the company’s attorney Cor Merx, EMR applied for the permit 15 years ago and the Central Bank never provided a formal response. This led EMR to the conclusion that its money-transfer operations services were tolerated. The Central Bank claims that EMR is not licensed to offer money-transfer services, and is consequently acting in violation of the law. The judge heard the injunction in this case on Friday, and will give his decision on February 3.

The Central Bank pointed out Article 11, Paragraph 1 of the Foreign Exchange Regulation Curaçao and St. Maarten (2010) which states that all institutions or persons are prohibited to engage in the business of money transfer without a foreign exchange licence from the Bank. “Any breach of the prohibition may be penalized by imprisonment or fine,” it was added.

“EMR was just recently established and the local commercial banks were, despite mediation by the Central Bank, unwilling to issue a bank guarantee, as the banks consider money-transfer businesses their competitors,” Merx explained to the Court on Friday. Instead, his client had arranged liability insurance with NAGICO Insurances.

According to Merx, the Central Bank kept EMR waiting for 12 years, without handling their requests for a permit, which were filed repeatedly. EMR last submitted an application for a licence in March 2016.

In 2012, the Central Bank made a formal decision in which was stated that it could only handle EMR’s request for a licence after the new National Ordinance for Money-transfer Offices had come into force.

The two Central Bank officials who were present at Friday’s hearing could not inform the Court about the present status of the Ordinance, but said a draft-Ordinance had not been presented to Parliament as yet. The Ordinance came into force in Curaçao on March 1, 2015.

A moratorium on the establishment of money-transfer operations in St. Maarten was introduced on April 1, 2009. Currently, there are three legally operating money transfer offices in St. Maarten.

EMR’s lawyer claimed that the Prosecutor’s Office, which had launched an investigation into his client’s operations in 2012, had arrived at the conclusion that there was no question of an illegal situation at EMR.

Merx claimed that the advert as published in The Daily Herald on January 4 was “extremely painful and insulting” and had “publicly and “purposefully” damaged EMR’s good name and reputation among the “international business community and individual clients.”

“In the past years, EMR has proven to be a reliable company, which not only is associated with the Bureau for Unusual Financial Transactions MOT, but also in a very transparent manner provided access to the judicial authorities to obtain information from its administration,” Merx said.

He mentioned investigations into EMR’s operations in 2006 and 2011. “Both the Bank and the Prosecutor’s Office apparently both did not see any reason to prosecute or to close down [EMR – Ed],” stated Merx.

He said EMR, led by Director Edwin Maduro, employs 11 workers, who are now fearing for their jobs. Most of the workers were present at the hearing, and heard Merx explain that in its 16 years of operation EMR had obtained an “indispensable” place in the business world and among private clients, including government and government-owned companies.

Among its more than 15,000 clients were former Commissioners, Island Council Members, Ministers, Members of Parliament and high-ranking government officials, who regularly make use of its services “to transfer money to their family and acquaintances, or to receive money from abroad through the channels of EMR.”

The lawyer claimed that EMR had suffered “enormous damage” through the Central Bank’s actions. “Eleven employees may lose their long-term employment and EMR may not be able to meet its financial obligations to third parties.” According to Merx, EMR had lost a large number of clients after the bad publicity and had been forced to temporarily cease its operations, which also include courier, fax and telephone services. Therefore, the company also filed for financial and “personal” damages to the tune of US $1 million.

Central Bank’s lawyer Charles Rutte denied that his client had tolerated EMR’s business. “The Bank has always stated that EMR needs a licence to operate. The Central Bank does not have any instruments to impose sanctions, such as fines or penalties. It can only file a report with the Prosecutor’s Office and send out public warnings, as it is the Bank’s task to safeguard efficient and safe transfer of money,” Rutte explained.

“EMR never obtained a licence and continued its illegal activities for 16 years, despite numerous summations by the Bank since 2000 to cease all money-transfer activities,” he said in urging the Court to reject all of EMR’s claims.

Rutte said the one-million penalty as requested by EMR in case of non-compliance was “excessive,” and “not even near EMR’s actual revenues.”