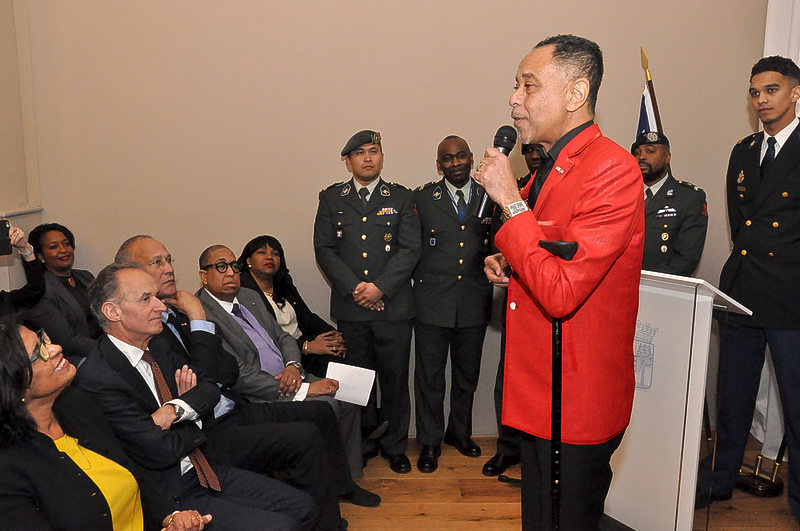 THE HAGUE–Glenn Helberg, number nineteen on the slate of the new Article 1 party may not have been elected into the Dutch Parliament last Wednesday, but he remains highly positive about his choice to take part. “The experience has strengthened me and increased my sense of freedom.”

Sure, there is the pain and disappointment that the party of Suriname-born Sylvana Simons failed to secure a seat in the Second Chamber of the Dutch Parliament, but there are also many positive reactions of voters that feel at home at the party that is very diverse in gender and ethnicity.

“People have responded in such a positive manner. They said ‘don’t feel bad, you have started something beautiful,’” Helberg told The Daily Herald. The Curaçao-born Helberg was especially happy that many of the positive comments came from young people. “They said that we have motivated them to continue this movement.”

The support of these young people is especially important, said Helberg, a former Chairman of the Foundation for persons of Dutch Caribbean descent Ocan. “This is the generation that has to continue what we started, to build the country. You need that intellect. Many youngsters told me that they were happy to go out and vote for someone that felt close to them, someone they could identify with,” he said.

The only thing that the Article 1 party can do now is to continue the movement, said Helberg. To continue the process that it started to create more diversity and to fight discrimination and racism, and to increase the awareness of the importance of a multi-cultural society where people are equal, with respect and appreciate for each other. “We need to think more in terms of social justice and less in terms of economic benefits.”

With a more right-wing Parliament, as a result of the elections, that Caribbean agenda will be carried out in a different manner. “I find that a great pity. Now we won’t be able to ask the right questions in Parliament, remind the parties about the importance of decent relations within the Kingdom. We can’t ask them, what are you doing? Is this in the best interest of the people on the islands?”

At the same time, Helberg said he felt great personal satisfaction to having participated in the elections and becoming politically active. “It has enriched me, it has brought me a sense of freedom, more than I ever felt before. To stand for what you believe in. Follow your senses. Dare to take those steps. Don’t accept it when someone tries to pull you down. Don’t be afraid. Feel the freedom that it brings you.”

Surely, as a candidate of a new party with a provoking and mind broadening message one gets criticism, but that has not deterred Helberg. “It gave me strength to continue fighting for what I believe in, and I am sure that the same goes for the other candidates. Article 1 has given us a platform.”