Home Local News Elections are still on despite storm 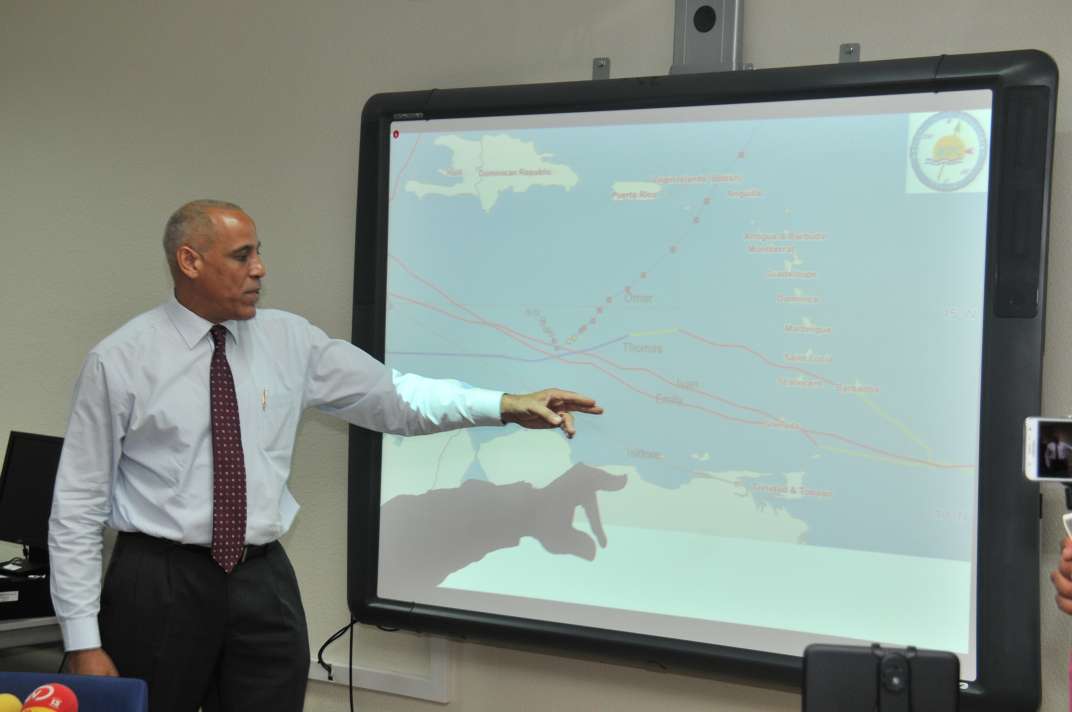 WILLEMSTAD–The Parliamentary election in Curaçao this Friday will not be postponed despite the passing of Tropical Storm Matthew to the north today, Thursday, unless the weather is worse than forecast at that time.

This already became clear during a press conference on Tuesday at the Meteorological Services by Prime Minister Bernhard Whiteman and Minister of Traffic, Transportation and Spatial Planning Suzanne Camelia-Römer.

Meteorologist Albert Martis explained that whatever scenario develops, the so-called ABC islands (Aruba, Bonaire and Curaçao) are near the path of the disturbance. They have meanwhile been placed under a tropical storm watch.

Camelia-Römer indicated that a lot of attention was being paid to the road drainage systems and the sewers for possible heavy rainfall.

On Wednesday afternoon Whiteman again stated that the elections were on and a final decision will be taken Friday morning at 6:00am. He added that local schools would open normally today, Thursday, as most of the effects aren’t expected until this evening.

“It will probably rain on Friday but the question is how much and the level of inconvenience. Until we hear different from the Met Office the election is on.

“However, should there be a calamity situation the law allows for a delay and Government will have to set a new date.”
Source: Daily Herald
Elections are still on despite storm