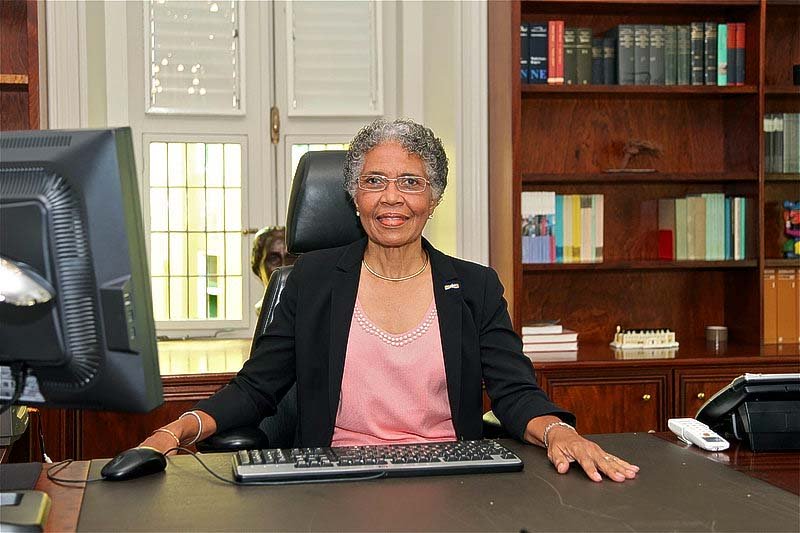 WILLEMSTAD-Curaçao Governor Lucille George-Wout believes it is very important for the development of the democratic life of the island that the elections scheduled for April 28 continue.

That is why the governor will submit the National Decree of March 27, 2017, in which the elections are cancelled, to the Kingdom Council of Ministers for annulment.

The transitional Pisas cabinet presented a draft National Decree on March 27, repealing the one of February 12 by the outgoing Koeiman Cabinet in which early elections were called on April 28, for approval by the governor. In this new decree, the interim cabinet invokes the motion passed by Parliament on March 3 calling on government to withdraw the National Decree of February 12 and to make all legal consequences undone.

Under Article 21 of the Rules of the Governor of Curaçao, the governor does not sign a National Decree or Ordinance when she believes the decision or regulation to be contrary to the Constitution, international treaties, a Kingdom Act or a General Measure of Kingdom Governance, or with interests whose promotion or protection is a kingdom affair.

The governor has, in her capacity as an entity of the Kingdom, pursuant to Article 21 of the Rules of the Governor, informed the Kingdom Council of Ministers that she will not adopt the draft decree. That is why she has submitted it for annulment.

George-Wout considers the decision in conflict with legal security and with good governance. “The authority of Government to proceed with the dissolution of the Parliament under Article 53 of the Constitution of Curaçao is unqualified.”