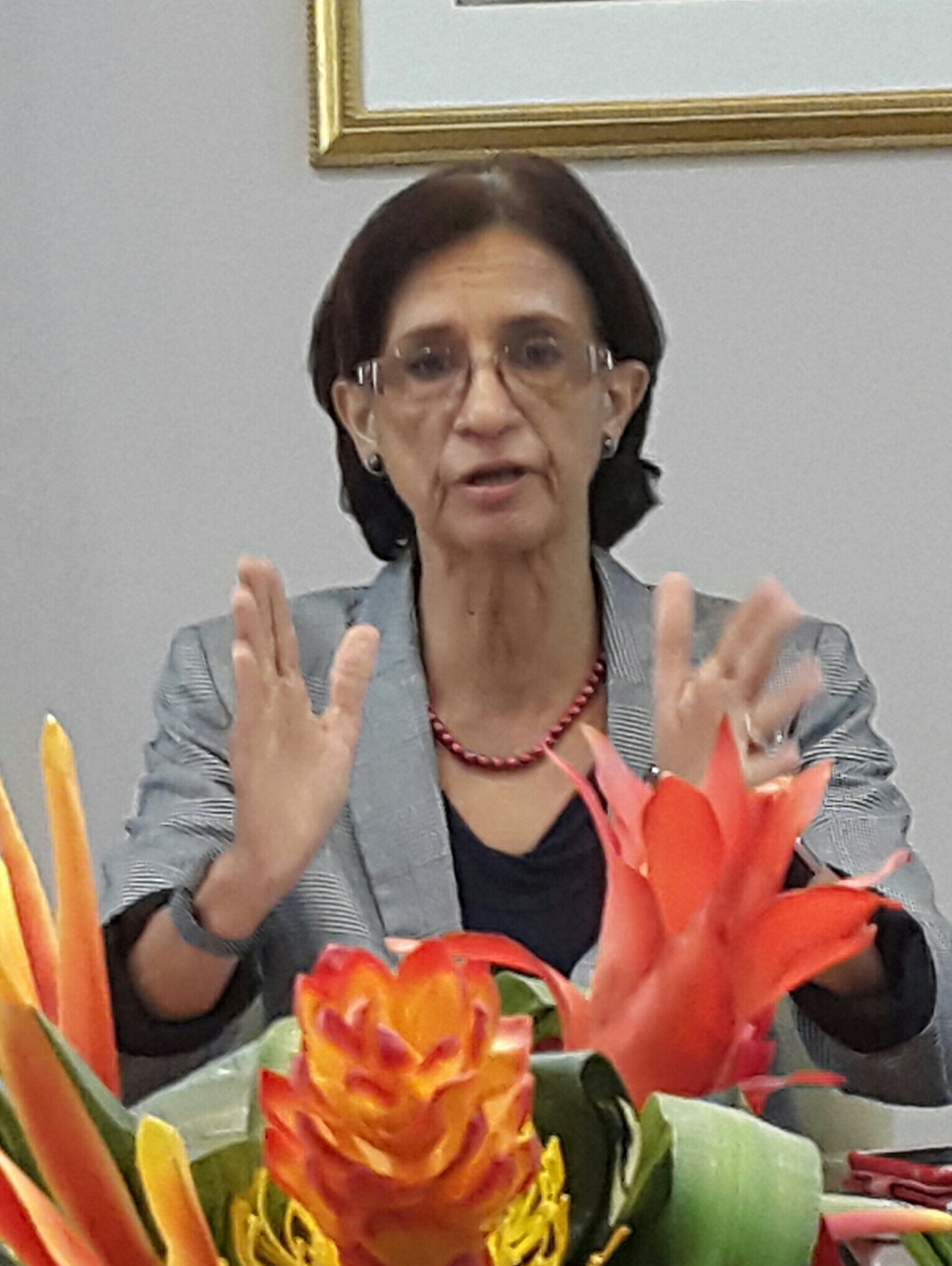 PHILIPSBURG–The draft electoral reform regulation to halt ship-jumping by tying parliamentary seats to parties is expected to be before Parliament for debate next week.

Parliament Chairwoman Sarah Wescot-Williams told the press Tuesday “indications from government circles” are the law will be submitted to Parliament by the end of this week. A “slot” has been left open in next week’s schedule to kick off the handling of the law before the annual summer recess. The recess starts at the end of next week.
The aim is to get the reform adopted before Election Day on September 26.
The main premise of the reform is to only allow parties to form government. A Member of Parliament (MP) can still go independent, but will be striped of the power to join with others to form a new majority and to appoint ministers.
The need for electoral reform became acute in the past year when the country got its fifth government in the five years since the parliamentary democratic came into place with the attainment of country-within-the-kingdom status on October 10, 2010.
Also on the legislative front, two draft initiative timeshare laws are now with Parliament. Wescot-Williams said one draft was submitted last week and the other on Monday.
Regulation of the timeshare industry is “long overdue.” The laws aims to put in a practical system for dispute resolution, bankruptcy regulation, maintenance fees and reserves funds, full disclosure articles, ending deceptive sales practices, guidelines for timeshare sellers and fair ground for resale of timeshare units/weeks by owners.
The draft laws date to the first parliamentary term and were created in response to much turmoil in the timeshare sector that resulted in very bad publicity for the country.
Wescot-Williams, who heads the Democratic Party  (DP), said she is looking into whether to take up the initiative draft law aimed at making changes to the energy concession ordinance to allow for the resale of electricity via net metering. This draft was originally submitted to Parliament by former Parliamentarians Roy Marlin (DP) and Patrick Illidge (independent).
She is looking at whether to overhaul the current draft or submit a new one.
With Marlin recently appointed as chairman of the supervisory board of utilities company GEBE, the DP leader said she will discuss the way forward with him.
The final draft of the initiative law “to broaden the scope” of the Constitutional Court allowing it to handle other disputes aside from those filed by the Ombudsman against laws passed by Parliament has been completed. This draft that aims to bring disputes between the Council of Ministers and Parliament and of Ministers against the governor has to be scrutinized by the Council of Advice, said Wescot-Williams, the initiator.
Health Minister Emil Lee has indicated to Wescot-Williams that “quite some progress” has been made in consultation with social partners on amendment to the Civil Code to end the abuse of the six-month contract. The minister is expected “to give the green light” soon that he is ready to debate the amendments in Parliament.
The draft amendments to the Civil Code are already with Parliament, but Lee, upon taking office in December 2015, had asked for time to consult with social partners in the tripartite committee.

Source: Daily Herald
Electoral reform regulation should be before Parliament by next week