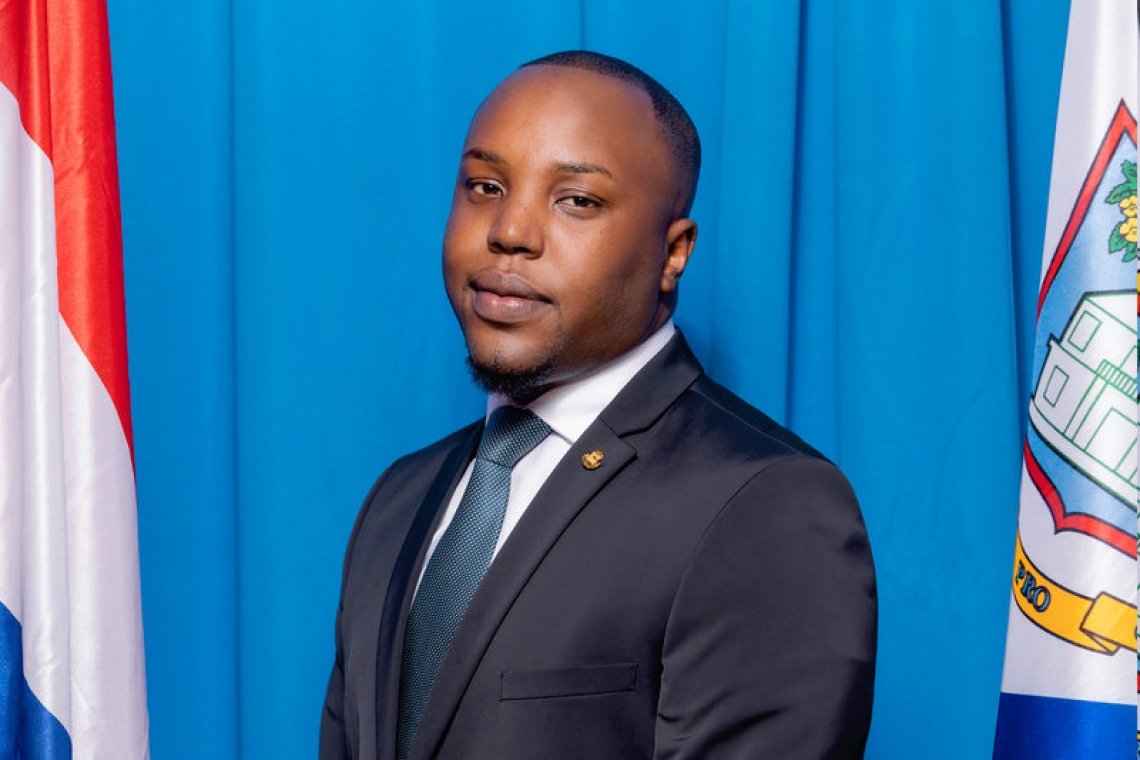 PHILIPSBURG–Justice Minister Egbert Doran said at the Council of Ministers press briefing on Wednesday that the implementation of electronic surveillance in the justice system is being delayed by the Foundation Judicial Institute St. Maarten SJIB. He said the foundation has not yet signed an agreement that would jumpstart this project.

According to Doran, the parties involved in this project are the Justice Ministry, the Prosecutor’s Office, the St. Maarten Police Force KPSM, and SJIB.

Electronic monitoring will be used on selected inmates to suspend their pre-trial detention. It is also to be used as an option to allow for conditional sentences ordered by a judge or conditional release from prison.

Doran said police would be responsible for the round-the-clock monitoring of persons under electronic surveillance and would also “be involved in restorative action that may need to take place on request of SJIB.”

“All staff of the Ministry of Justice who will be involved in the working of electronic monitoring have received training. The hardware and software will be provided by a private company contracted by the ministry,” he said.

On behalf of their respective entities, Chief Prosecutor Mirjam Mol, Police Chief Carl John and Doran signed the covenant on December 20, 2019. However, SJIB did not sign the agreement. Doran said SJIB told him at the time that its board wanted to discuss the matter before signing.

After two months of what Doran described as “back-and-forth”, the covenant has yet to be signed. He said the foundation told him it had concerns about the agreement, specifically about the budget allocated for the project.

“We did what we had to do on our end, and we are still awaiting. … I got the impression about a month ago that there was a serious holdback. I don’t know if this was deliberately or by chance,” said Doran.

Doran said he had a call with SJIB on Tuesday, which was followed by the foundation sending him a budget proposal on Wednesday morning.

“To my surprise … I received a full budget of a substantial amount. This also includes hiring of staff to carry out these tasks. We had a whole plan with the KPSM and the prison in terms of a response team, because that was the main concern initially. …

“When they talk about hiring staff, I don’t know where this idea came from, but again you show the resistance of not wanting to go ahead.

“This is not a Minister Doran project; it is not for me. This is about the safety and security of the people of St. Maarten and I don’t think any organisation should be playing games with such [things – Ed.], especially an organisation that is subsidised by government,” said Doran.

According to Doran, SJIB gave several “conditions” for its role in the electronic surveillance project. These were outlined in a letter accompanying the budget, said Doran.

“I have some serious concerns with that. I will discuss it with the Council of Ministers and come up with solutions. We will find a way to get it done,” said Doran.

He also discussed the electronic surveillance project when asked about the recently outlined demands by 37 inmates of the Pointe Blanche prison to be transferred to safer prisons within five days.

He reiterated that one of the detainees’ major complaints is that electronic surveillance has not been introduced as a solution for the Pointe Blanche prison. “I want to make it clear that the holdback is not on government, but of an organisation that has conditions before they sign on,” said Doran.

When approached by The Daily Herald on Wednesday evening, SJIB said that, due to the sensitive nature of the topic, it had no comment at the time.