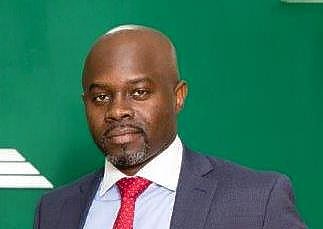 PHILIPSBURG–CEO of NAGICO Dwayne Elgin was unanimously elected as President of Cricket St. Maarten at its general meeting at the NAGICO Conference Hall last night.

There were sweeping changes at the executive level with all the members being replaced. Dwayne Elgin took over from Nathanial Walter, Shawn May replaced Kern Saunders as secretary and Raymond Ramphal takes over the post of treasurer from Rajesh Kurrup. Imran McSood Amjad was re-elected chairman of the board.

The seven teams who had voting rights ensured that new blood was injected into the board. The other elected board members are Fitzroy Melius, Rishie Singh, Akeem Charles, Kelvin Baptiste, Nathaniel Walter, Rajesh Kurrup and Kern Saunders.

Elgin who was delighted and showed much enthusiasm in his remarks stated, “Spread the word. Cricket is going to be alive.”

Elgin pledged that his board will work hard to include everyone and develop good communication with all concerned. “We pledge our commitment as a new board and will work hard towards further developing the sport on the island.”

There were 44 persons in the room to be recorded as the most persons at a meeting in the recent past. The new board plans to start the next tournament on October 2. It will be a Twenty20 tournament among the seven teams.
Source: Daily Herald
Elgin ascends to head of Cricket St. Maarten