Home Local News Elhage not sworn in yet | THE DAILY HERALD 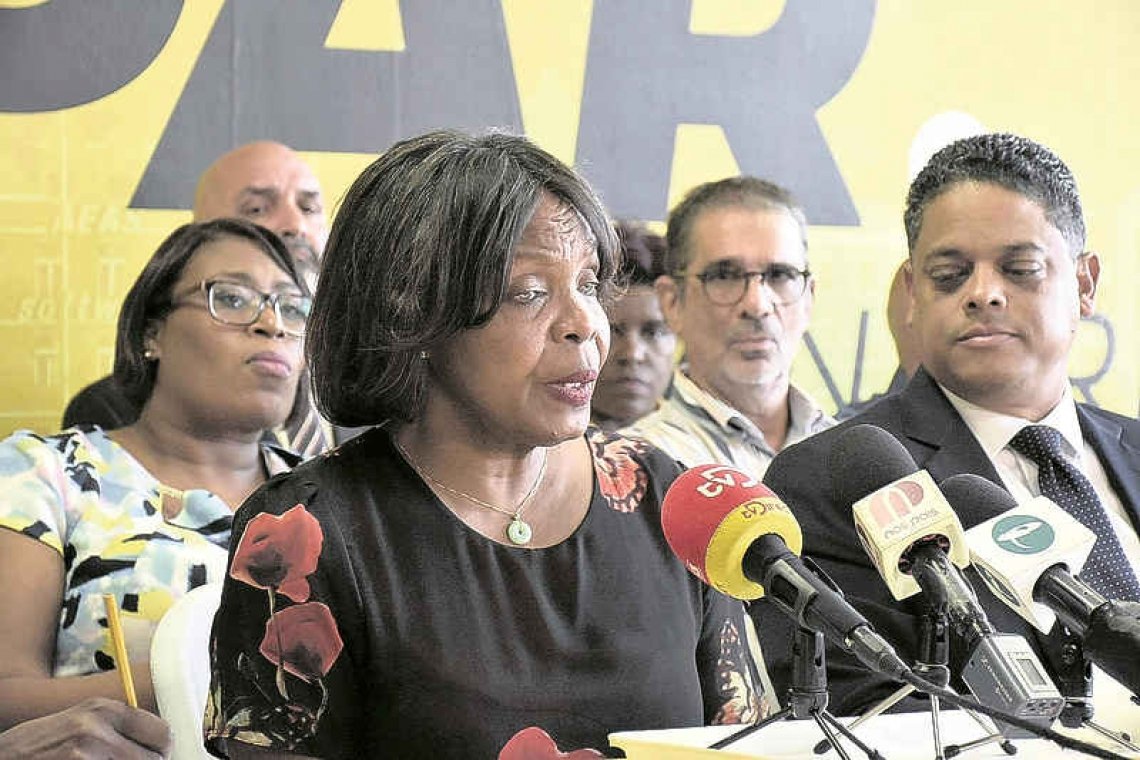 During a PAR press conference earlier this year, from left: Ana-Maria Pauletta, Marilyn Alcalá-Wallé, Shaheen Elhage and Eugene Rhuggenaath.WILLEMSTAD – Shaheen Elhage, intended new Curaçao Member of Parliament (MP) for PAR, was not be sworn in by Governor Lucille George-Wout on Friday as scheduled.The opposition parties boycotted a meeting to approve his credentials, resulting in the lack of a quorum because the remaining PAR/MAN coalition currently has only 10 seats in the 21-seat house.President of Parliament Anna Maria Pauletta (PAR) said she would probably reconvene the plenary session on Monday. The Rules of Order state that if the same meeting is called a third time no quorum will be needed.However, even with opposition members present a majority will be needed to approve the credentials. If not, he can take the country to court demanding his democratic right as the candidate next in line to join the legislature.