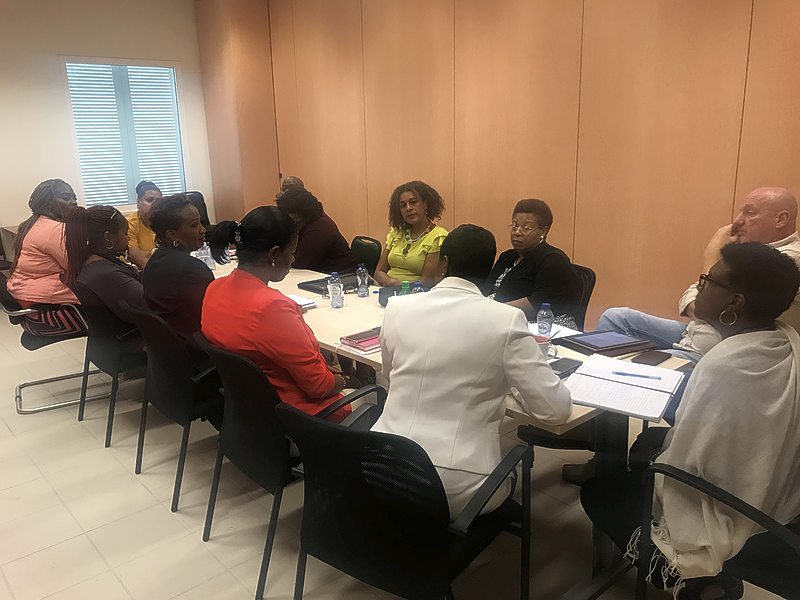 She noted, however, that the union has some concerns regarding the proposed new structure for public education. The proposal is for a new public entity to be established to manage the country’s public schools. The union believes that this is a form of privatization of public schools, which is against the recommendations of Education International (EI).
Elshot told The Daily Herald shortly after the meeting with the minister had been adjourned, that the union will discuss the issues and outline its concerns in writing to the minister.

Elshot said members of the Advisory Committee formed to investigate matters at public schools and advise the minister were present at the meeting and they gave a presentation to the union. The committee explained what their tasks were, outlined some of the findings and their recommendations.

One of its recommendations is the proposed new structure for public education. Elshot said the union was assured that the status of civil servants will remain intact during the process, which she said the union was “very doubtful” of. She said also that giving the union a presentation after the fact makes the union feel as though things are being pushed “down our throats.”

She made it clear that the proposed new structure for public education would have to be discussed in the advisory body for matters related to Civil Servants – the GOA. “We understand that their task was investigating certain matters and giving advice to the minister on certain issues related to the public school system. Their recommendation is to establish a new public entity – this means that the new entity would be outside of the bureaucracy of government,” Eshot said.

“I made it clear that Educational International has sounded the bell and has given us a mandate to say no to the privatization of public schools based on the objective of what public education should be. The minister said this is not privatizing, but I have been around for more than 20 years and I have seen all forms and fashion of things to improve public education and I am not impressed by none.”

In a press release on Monday, Jacobs said the WITU’s board was represented at the meeting by the following members: Elshot, Vice President Corinne Lejuez-van Putten, General Secretary Roxsana Pantophlet and Treasurer Robert Rawlins.
The Ministry was represented by Jacobs, members of the Cabinet Soraya Agard-Lake and Fabiana Vanterpool-Arnell, the Advisory Committee for Public Education consisting of Secretary General Jorien Wuite, Ruth Linger-Verbeek, Diedra Sprott, Luud Hakkens and Oralie Boirard.

According to the release, WITU had provided the proposed agenda points, the majority of which were answered in writing. The two agenda points discussed during the meeting were the proposed new structure for public education and World Teacher’s Day 2017.
The Advisory Committee presented its findings to the union. Follow up meetings will be organized to discuss matters arising from WITU. The WITU will also perform a review of the SOAB report, which will also be discussed in a follow up meeting with stakeholders within the Ministry.