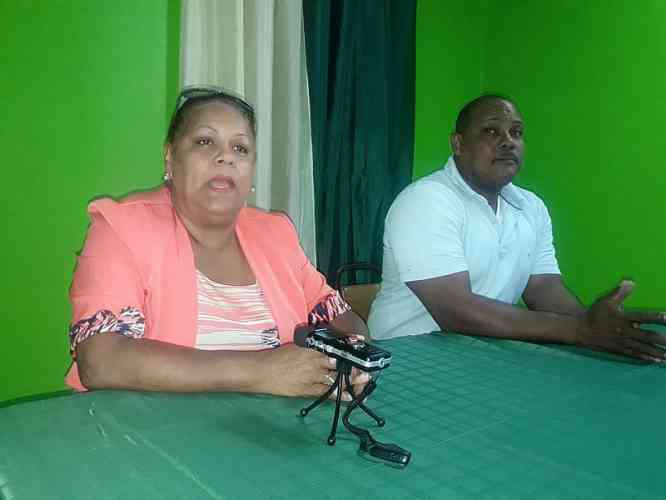 ~ All workers, public asked to attend ~

PHILIPSBURG–Windward Island Chamber of Labour Unions (WICLU) official Claire Elshot says today’s solidarity march by general workers in the country is intended to send a strong message that workers are an integral part of the process to rebuild St. Maarten strong and that their rights to employment should be respected.

“We need to see action in the coming weeks to safeguard workers so that they can provide food on the table,” Elshot told reporters at a press conference on Thursday. She made clear that today’s march is not a strike, but rather a manifestation and unity march amongst workers. It will be the first step by the Chamber of Unions to highlight the plight of workers since the September hurricanes. The march is themed “SXM Workers Strong: We carry St. Maarten.”
Workers should assemble at the WIFOL Building on Walter Nisbeth Road (Pondfill) for today’s march, which will be held from 2:00 to 4:00pm and will end with a programme that will include songs and speeches.
The march is being held today, December 15, Kingdom Day, because St. Maarten is still part of the Kingdom and “it’s time that workers get organised to manifest their discontent and show what has been going on post-Hurricane Irma.”
Elshot said it was alarming to know the number of job losses, salary cuts and reduced workdays to which workers have been subjected since the September hurricanes. Many unionised and non-unionised workers are affected. “St. Maarten should be aware of what is going on,” she said.
She told workers to remember that while the hurricane went with many roofs, it did not blow away the country’s labour laws. The labour laws are intact and employers still have to adhere to them. While everyone is using the St. Maarten Strong tagline since the hurricane, everyone needs to realise that it is the workers who have and will continue to make St. Maarten strong.
She said that while the Chamber of Unions is happy to see the clean-up of the country three months after Irma, everyone has to realise that it was workers whose efforts resulted in the cleanliness. “Workers should be engaged in rebuilding St. Maarten just like after Hurricane Luis,” she said.
Elshot said many workers had been repositioned after the hurricane to assist in areas that are not their direct responsibilities and they were more than happy to assist.
She said all workers should try to make it to today’s march. Those who cannot can make use of other means of support such as sending Facebook message of support or saying a prayer for workers, amongst other things.
The route of the march will be from the WIFOL Building on Walter Nisbeth Road (Pondfill) and to Sundial School and then back to the WIFOL building.
Following the Solidarity March, there will be a “manifestation” at the WIFOL Building, where words of encouragement and speeches will be given by the various trade union leaders, members and supporters.