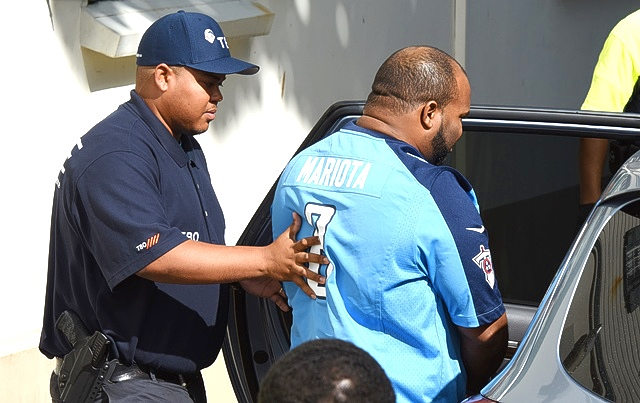 PHILIPSBURG–Checkmate Security Services owner O’Neal Arrindell has been moved to Curaçao’s detention centre after the Judge of Instruction deemed his arrest and detention lawful.

He was brought in front of the judge on Tuesday morning by the special Anti-Corruption Taskforce (Team Bestrijding Ondermijning). Arrindell is suspected of tax fraud, forgery, money laundering and illegal firearm possession.

In the initial report, bribery was mentioned in the press statement, but the prosecutor has dropped that charge and added illegal firearm possession.

The investigation code-named Emerald will continue, according to Prosecutor’s Office spokesman Gino Bernadina. Kingdom Detective Cooperation Team RST Special Anti-Corruption Taskforce TBO, together with the National Detectives Agency St. Maarten and under the supervision of an Investigating Judge, continue searching a number of additional new premises.

Five cars have been confiscated and a number of bank accounts have been seized thus far. A yacht also has been seized in close cooperation with the authorities on the French side.

The investigation started in April following reports in newspapers and questions asked in Parliament about the contract signed between Arrindell’s security company and the port authority of St. Maarten. During this investigation investigators found suspicions of tax fraud, forgery and money laundering.

The investigation is part of a joint intensified fight against international fraud and corruption. Corruption and money-laundering threaten the security and economy of the countries in the Caribbean part of the Dutch Kingdom.