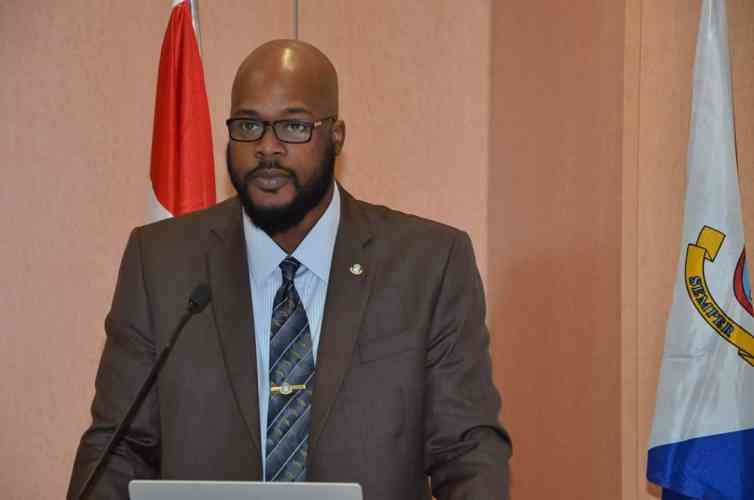 CUL DE SAC–Sections of Plantation Industry and Golden Rock, commonly called Emilio Wilson Estate, that are in the hands of government are tapped to become the country’s first possible land park. The first marine park  the Man of War Shoal Marine Park – was established in 2010.

One of the most compelling reasons for this choice is that the Emilio Wilson Estate/Sentry Hill area provides the opportunity to later increase the conservation area to include Cole Bay Hill, St. Peters Hill, Concordia Hill, Marigot Hill, Weymouth Hill and Mount William, according to Minister of Spatial Development, Environment and Infrastructure VROMI Miklos Giterson. Future expansion also provides the opportunity for eventual cooperation with the French side of the island.

There are no formally-established land-based protected areas in St. Maarten, even though the establishment of designated conservation areas is stated in several important framework documents, including the Constitution, the National Recovery and Resilience Plan and the current governing programme.

With recent approval by the Council of Ministers, VROMI now has the intention to start preparation for the creation of the first land-based protected area, according to Giterson.

“There is still a lot to be researched, strategically planned and executed. For example, the establishment of a Nature Park requires a national decree, which includes several layers of approval,” he said.

Final agreements with the Nature Foundation and other stakeholders will need to be finalised to take establishment of the park further. A park management plan and funding structure will have to be worked out so that the park can be self-sustaining.

“This is not something that will happen in the short term.  However, I share this news to let the general public know that while we are still in the recovery phase, this government is looking ahead and continually seeking ways to build a more resilient and sustainable island, not just economically, but environmentally as well,” Giterson said.

Research has shown that the creation of nature parks can have positive impacts on the country’s flora and fauna, and benefit its culture, tourism and education. They also raise the country’s aesthetic value.

“While several areas of St. Maarten have been recognised as important for conservation, it is not feasible to establish all of the identified areas right now. The areas which require the least effort and will yield the most rewards will be the ones projected to be protected first,” said Giterson.

January 15, 2022
0
** Exclusively on SXM Talks, articles by Ralph Cantave ** ~ Dispute between Union and Management is the Core of Airport’s Disruption ~ Summary of the day’s events The air traffic controllers (ATS) of the Princess Juliana International Airport (PJIA) held an...
Read more

January 15, 2022
0
** Exclusively on SXM Talks, articles by Ralph Cantave ** ~ Dispute between Union and Management is the Core of Airport’s Disruption ~ Summary of the...