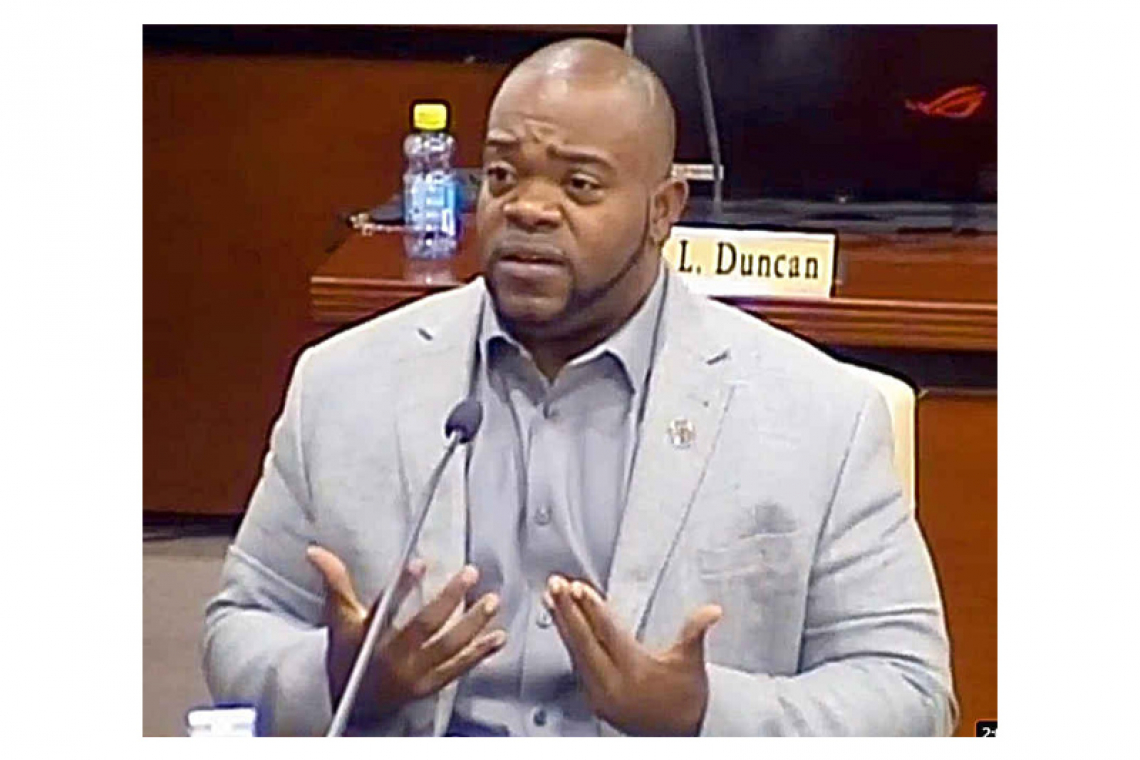 PHILIPSBURG–Independent Member of Parliament (MP) Christophe Emmanuel on Sunday publicly called on Prime Minister (PM) Silveria Jacobs to clarify reports that airport holding company Managing Director Dexter Doncher has resigned and whether she has appointed two new members to the airport holding board.

For transparency’s sake, Emmanuel said, it behoves the PM to clarify Doncher’s status and whether he received the opportunity to be heard after she suspended him. If the PM chooses to provide clarity, he said this clarification should also include exactly why Doncher was suspended and what his resignation (if true) now means for the process.

“Mr. Doncher was apparently just trying to do what the PM has done now anyway, which was appointing new board members. Apparently for that he was told by the PM she could not let one man stand in the way of progress.

“How Doncher was doing that is still a mystery and whether that statement was her genuine thought or repeating what [caretaker – Ed.] State Secretary [of Home Affairs and Kingdom Relations Raymond] Knops said, the fact is she made the decision and never provided clarity. Perhaps now we can get some transparency,” Emmanuel said in a press release on Sunday.

He has asked who the two new members appointed to the holding board are and whether the Corporate Governance Council (CGC) gave a positive advice on the two candidates.

He said there are too many reports floating around that should be addressed by the PM. For example, he noted one report that indicated that the initial advice from the CGC was negative on the two new members, citing incorrect profiles for the function.

“It should be clarified if this is true and if it is, did CGC change its advice to make it somehow acceptable or did government simply ignore the negative advice? But once again, lack of correct information and transparency will allow these things to live in the community,” Emmanuel said.

He suggested that the PM outline what has occurred surrounding Doncher and explain publicly the entire process surrounding changes at the holding company and the board structure of said company in terms of the number of current members, their names and who will now be chairman, if it is accurate that Doncher has resigned – “simple, straightforward information,” he concluded.