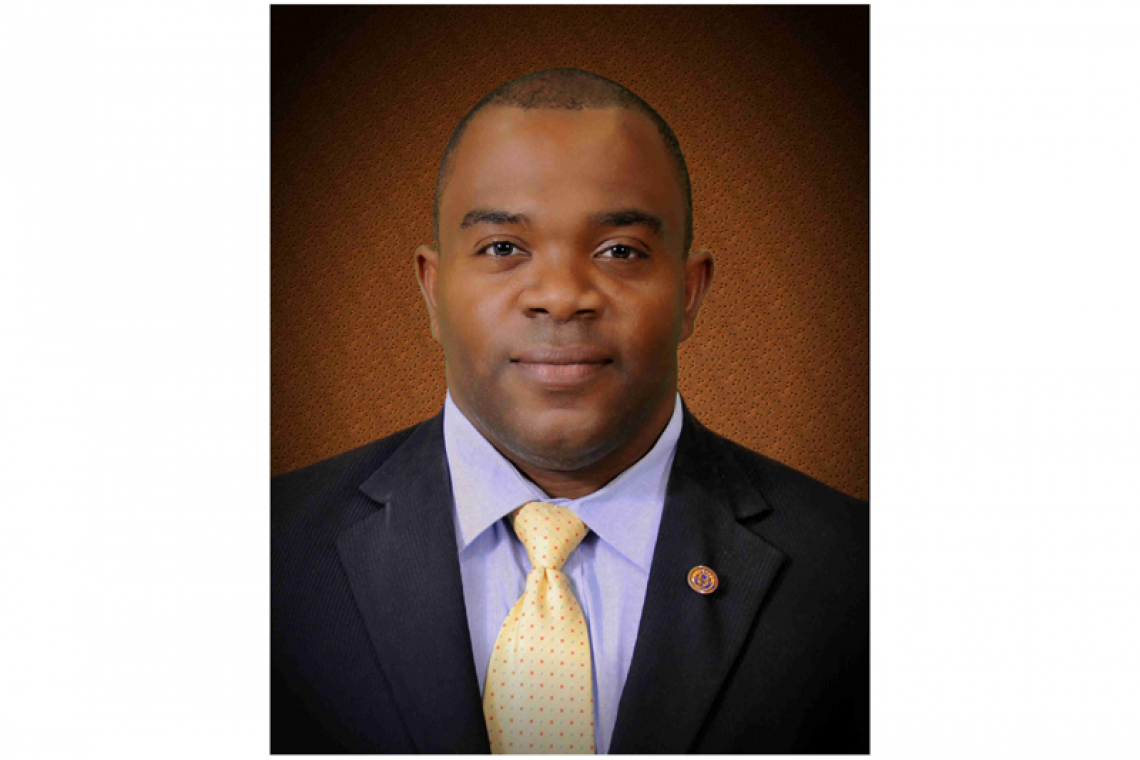 PHILIPSBURG–Independent Member of Parliament (MP) Christophe Emmanuel on Monday publicly asked Governor Eugene Holiday to clarify how he could sign the final advice for the awarding of five-year garbage contracts, an advice that, according to the MP, is surrounded by red flags.

“I do not expect a reply from the Governor, but I believe he at least should explain the signing while so many questions remain unanswered, or if he received clarity on those issues. He does not represent the people, but he signs documents that affect the people,” Emmanuel said.

He reminded that there are at least two companies that have filed complaints with the Ombudsman, reports of Ministry of Public Housing, Spatial Planning, Environment and Infrastructure VROMI senior personnel distancing themselves from the bidding process, the changing of methods while the bidding process was already underway and the awarding of three large parcels to a single company while more  than 20 submitted bids.

Additionally, he asked whether the internal awarding advice from the bid evaluation committee was included in the final advice the governor signed. He also asked the Governor if he did not find it strange or at least questionable that a parcel that cost roughly NAf. 3.5 million the last time it was tendered, now costs almost NAf. 6 million.

“That parcel five years ago was combined with another parcel at approximately 3.5 million. This time, it consists of just one area and it costs more. None of these things raised any eyebrows at the Governor’s office? Also, can the Governor explain to the public if he is satisfied that all relevant financial information related to the bidding process was included in the advice and if he had any financial comments towards the advice?

“Did the Governor question reports of political affiliations of the companies awarded a contract?” Emmanuel asked.

He said he is not directing any questions on the subject to the Minister at this stage as the Minister has made it clear that he feels “my comments are only for sensation.

“I have a responsibility to hold government accountable and ask questions as I see fit as a Member of Parliament. Many of the bidding companies approached me with concerns and I responded by publicly and openly asking questions.”

He said he further understood that legal challenges are being prepared that will bring the process into question as well as any individual who was associated with it.

“There are many outstanding questions that have to be answered and they will be asked and, if need be, further investigated, whether the Minister and parties at VROMI agree or not,” Emmanuel said.

He said if the Governor had any concerns or comments, the public should be aware.

“If none of this falls under his purview and he only looks at certain things before he signs, he should explain what that is. Because the impression out there is if the Governor hears of or knows that there is concern with a particular issue that hits his desk, he would look into it before signing. If that is not the case, and he only looks to see if the T’s are crossed and the I’s dotted, then the Governor should explain that to the public,” Emmanuel concluded.