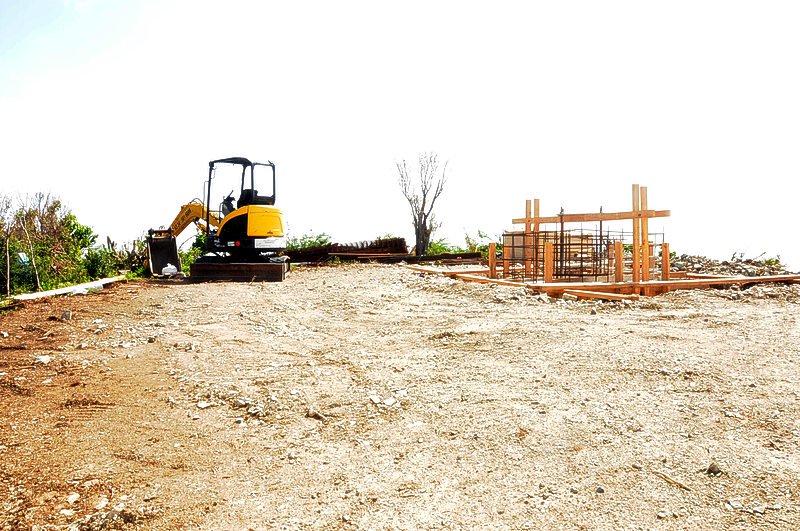 PHILIPSBURG–Infrastructure Minister Christophe Emmanuel says the work on the big flagpole being worked on Bell’s property on Cole Bay Hill will be a proud monument for St. Maarten when completed. Thanks to sponsorship from various businesses and contractors, Bell’s Lookout Point will house one of four flagpoles in St. Maarten.

The project, planned months before monster Hurricane Irma touched the island on September 6, was set to begin earlier this year. The hill is located behind the former Harold Jack snack bar. The clearing of the land has caused quite a stir in the community, with some speculating that the flagpole should not be a priority of Government at this moment.

“I remember when I was a Member of Parliament and I travelled to other countries and the huge flag displays were amazing. When is the right time to honour our flag? Is there ever going to be a right time?” Emmanuel asked during the weekly Council of Ministers press briefing Wednesday morning.

More information about the other locations will be released after the final components arrive on island this week.

“The money that Government so-called is spending on the project is false news. We are spending peanuts compared to what is being said out there. I will not go into the amount right now, but we have been getting sponsorship from companies because people believe in the project. Even UTS called me the other day asking if they can provide WIFI in the area as a way of contribution,” said Emmanuel.

He said the island has Flag Day, but nothing happens during that day. The idea is to have a prominent display of St. Maarten’s National Flag in places where, if people take selfies, the flag will proudly be displayed in the background, in an effort to increase National Pride awareness.