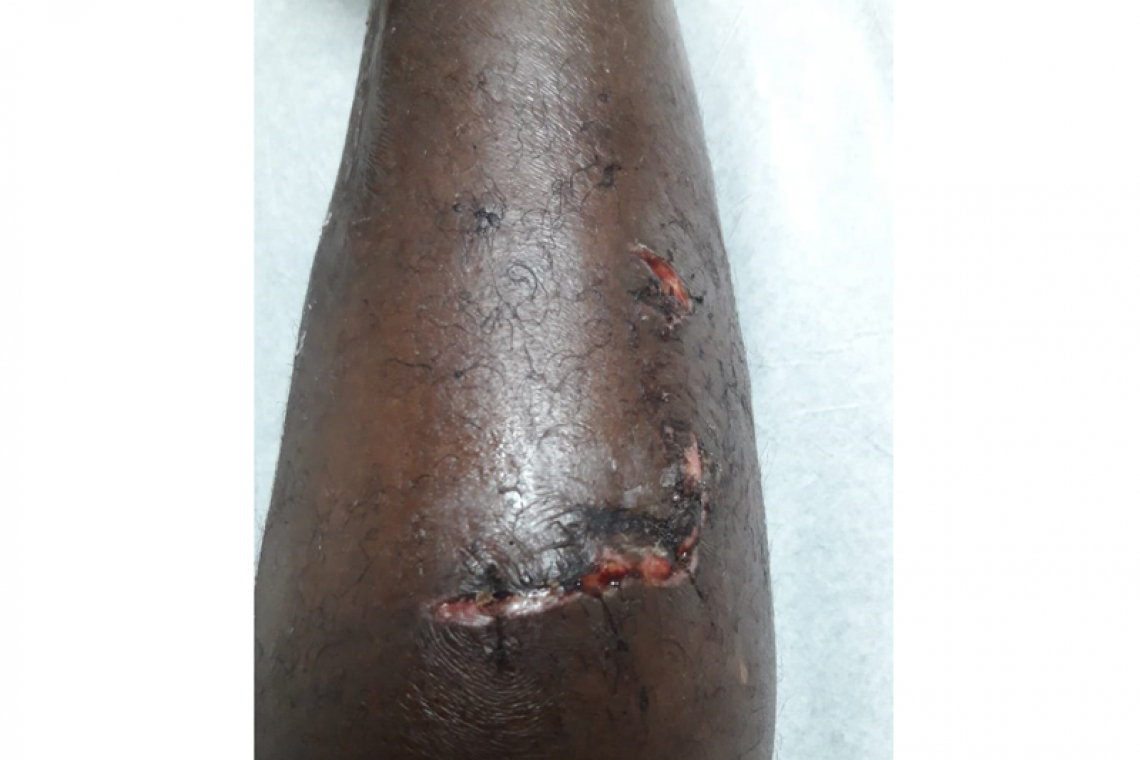 PHILIPSBURG–A former employee of Gemini Contractors who took Social and Health Insurances SZV to court over unpaid medical bills after he was mauled by three pit bulls on his way to work on September 7, 2018, was awarded a reimbursement of US $29.83 by the Court of First Instance.

SZV had told the court during the hearing of this case, which took place on October 6, that it would pay the man’s medical bills on the day of the attack, but disputed the medical cost after this date, claiming that the man was not employed and, therefore, not covered. The man had demanded reimbursement of medical bills totalling $126.

U.V.D. told The Daily Herald in 2018 that the dogs had attacked him in Middle Region just before 6:00am that day, when he was on his way to work at a project on Blueberry Hill. When the dogs pounced on him, he fell on the road and fought off the three ferocious animals, but not before they bit him on his legs and fingers.

Bleeding and in pain, he went to the Emergency Room at St. Maarten Medical Center (SMMC) where he received several stitches for his wounds. His insurance had expired, and he was given an outstanding bill at SMMC for the services rendered.

D. said he was also asked to go to his house doctor. However, he did not have any money at the time. According to him, his SZV medical insurance had expired on July 18, 2017, and his employer had refused to renew it, claiming that the company was not allowed to renew SZV cards because it was under an SZV audit.

Lawyer Cor Merx argued during last month’s hearing that the man had been legally employed with Gemini Contractors because the company had given him a salary slip that was dated to September 13, 2018.

SZV acknowledged that D. was legally employed on the day of the attack and committed to paying the man’s emergency room bills. Despite admitting that Gemini Contractors was indeed being audited by SZV, the insurance company’s lawyer Dagmar Daal argued that there was no evidence of the man’s employment after September 7, 2018. Therefore, SZV is not required to pay for any medical cost after the man’s employment ended.

According to the court, there was no evidence that the man had been employed after September 7, 2018, as he had been contracted as an on-call worker for a period of 12 months from September 26, 2016. Moreover, the statement of hours worked showed that the claimant no longer worked for his employer after his accident, the judge said in the verdict.

The court further stated that it was not in dispute that D. has no legal status in St. Maarten and that he does not hold any rights under the National Health Insurance Ordinance. Therefore, the claim for restitution of the medical expenses incurred after September 7, 2018, was rejected.

The insurer was ordered to pay the legal costs of these proceedings which were set at NAf. 1,550.

D. who had been residing in St. Maarten since 2004, says he is currently without a job. “It is seven months now I do not work, only two, four and five days sometimes I get,” he told The Daily Herald. He said he is not pleased with the verdict and is considering an appeal, “but I don’t have money at this moment.”