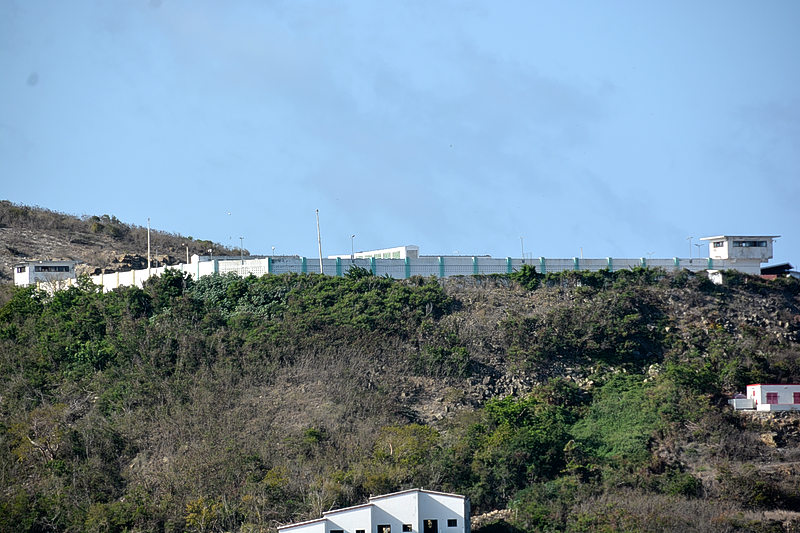 PHILIPSBURG–Conditions at the Pointe Blanche prison continue to be a source of grave concern, says the Law Enforcement Council following completion of a report presented on January 13. The report will be publicly available as of February 24.

Prior to launching the latest inspection, the Council had already expressed its concerns regarding several aspects related to safety, security and general conditions at the prison. Incidents such as the escape of an inmate and the murder of another inmate were clear indications that the situations encountered were not reason for optimism.

In September 2016 the Law Enforcement Council announced three inspections of the prison, based on a joint request made by the respective Justice Ministers within the Dutch Kingdom to monitor the recommendations made by the European Committee for the Prevention of Torture and inhumane or degrading treatment CPT.

The first inspection was conducted in October 2016, followed by its report that was presented to the Minister of Justice in January. In this latest report, the Council inspected the legal status of prisoners, based on nine national and international criteria.

In general, the Council concluded that the legal status of prisoners is not, or not sufficiently, guaranteed in the Pointe Blanche prison and remand centre. The Council stresses that, in the short term, the focus should be on the various topics that need to be addressed to meet the minimal requirements of acceptable standards.

The Council believes with regret that the situation has only become worse since the findings of its report completed in 2014. The group additionally inspected key aspects related to prison personnel and of the organisation itself.

The shortage of personnel, lack of training, lack of communication, an integrity policy which is still in draft form, the lack of a clear direction of the prison and the role of the employees overall, all have an adverse effect on the organisation’s functioning and a negative effect on the quality of the primary process of detention.

Basic necessities that are essential for the closed setting of a prison are missing, including a functional wall around the prison area, functional locks and safety equipment to be used while working.

The Council basically found various shortcomings of conditions and resources that a prison requires to ensure a healthy living and working environment for inmates and personnel respectively.

In its report, the Law Enforcement Council also incorporated the 13 recommendations made by the CPT in 2015 for the explicit purpose of contributing to compliance with international standards and much-needed improvements.

The Council concluded that the country of St. Maarten has virtually not acted on any of the CPT’s recommendations.

It should be obvious that the non-compliance with minimal national and international standards and regulations, and all difficulties the prison is facing, go far beyond the reach of that organisation and perhaps even the country itself.

Beyond this, the Council stressed that the serious consequences of these issues imply not only the responsibilities of the country of St. Maarten but those of the Dutch Kingdom as well.

Following its most recent endeavours, the Council has made 18 recommendations, including one mentioned earlier: to follow up on the CPT’s recommendations.

With its reports and recommendations as well as with ongoing dialogue about the prison, the Council strives to contribute to a proper functioning of the institution and encourages all actions and measures taken towards (further) structural improvement.

In this regard, the Council will continue to monitor initiatives spearheaded by the Minister of Justice. The Council expects to produce the final two reports (internal/external safety and security; rehabilitation and treatment) of the threefold inspection by April upcoming.

This first report, as well as all other reports of inspections conducted by the Council, can be found on the Council’s official website

www.raadrechtshandhaving.com in the St. Maarten section.