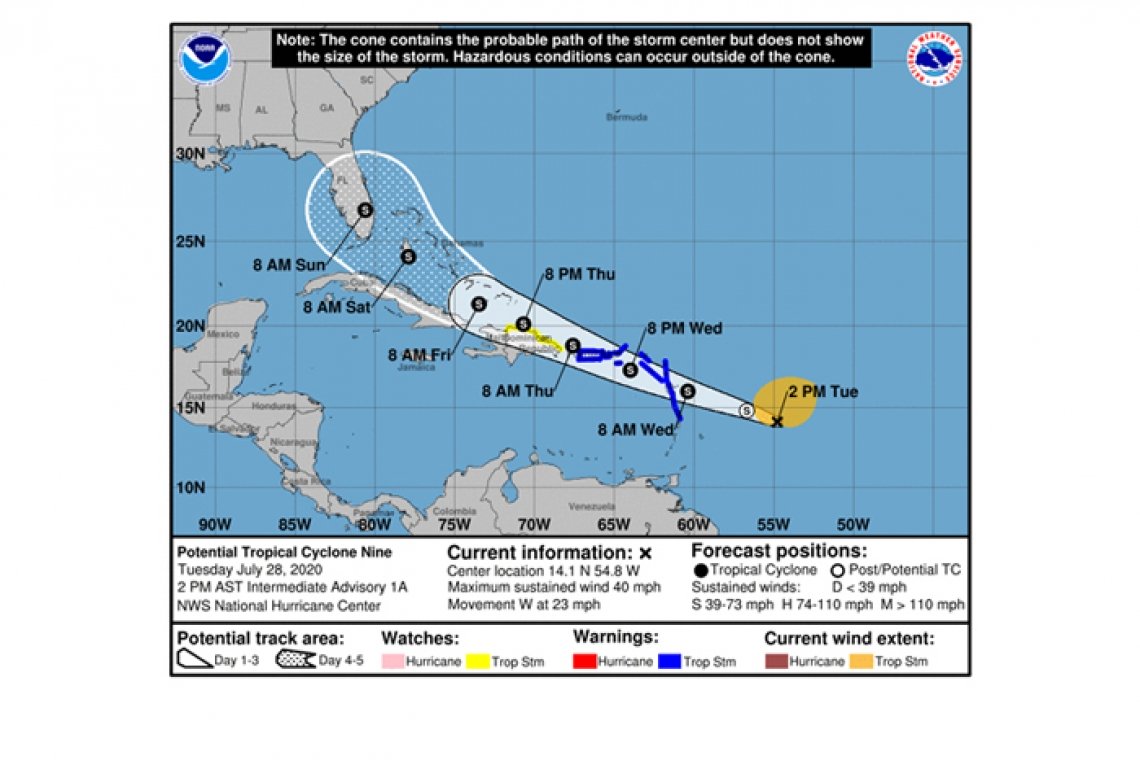 Potential Tropical Cyclone Nine is packing 40 miles per hour (mph) winds but has yet to develop a well-defined low-level circulation.

According to the United States (US) National Hurricane Center (NHC), dry air located just to the north of the system has been hindering development over the past couple of days, but environmental conditions are expected to be more conducive for development.

However, MDS said the system is likely to become a tropical storm later today or early Wednesday. The next named storm on the 2020 Atlantic hurricane season name list is Isaias.

The system is forecast to affect the Lesser Antilles on Wednesday or Wednesday night. Tropical storm force winds extend up to 230 miles from the centre, primarily to the northeast.

MDS Head Isaac Joseph said the potential tropical cyclone will produce total rain accumulation of 2 to 6 inches. This rainfall could produce flash flooding and rock falls. Residents in areas prone to flooding or near the coast should make necessary preparations to protect life and property, said Fire Chief and National Disaster Coordinator Clive Richardson on Tuesday.

Joseph said sea conditions have already started to deteriorate and will peak on Wednesday afternoon with swells up to 15 feet. A small craft advisory and flash flood advisory will go into effect later today.

Richardson said preparations for a potential tropical storm strike are being finalised and an announcement regarding the country’s limited hurricane shelters will be made later today. An EOC meeting is to be held around 6:00pm Tuesday, said Jacobs.

“It cannot be stressed enough that since the system is still in the formative stage, greater than average uncertainty exists regarding both the short-term and longer-term track and intensity forecasts,” said NHC on Tuesday morning.