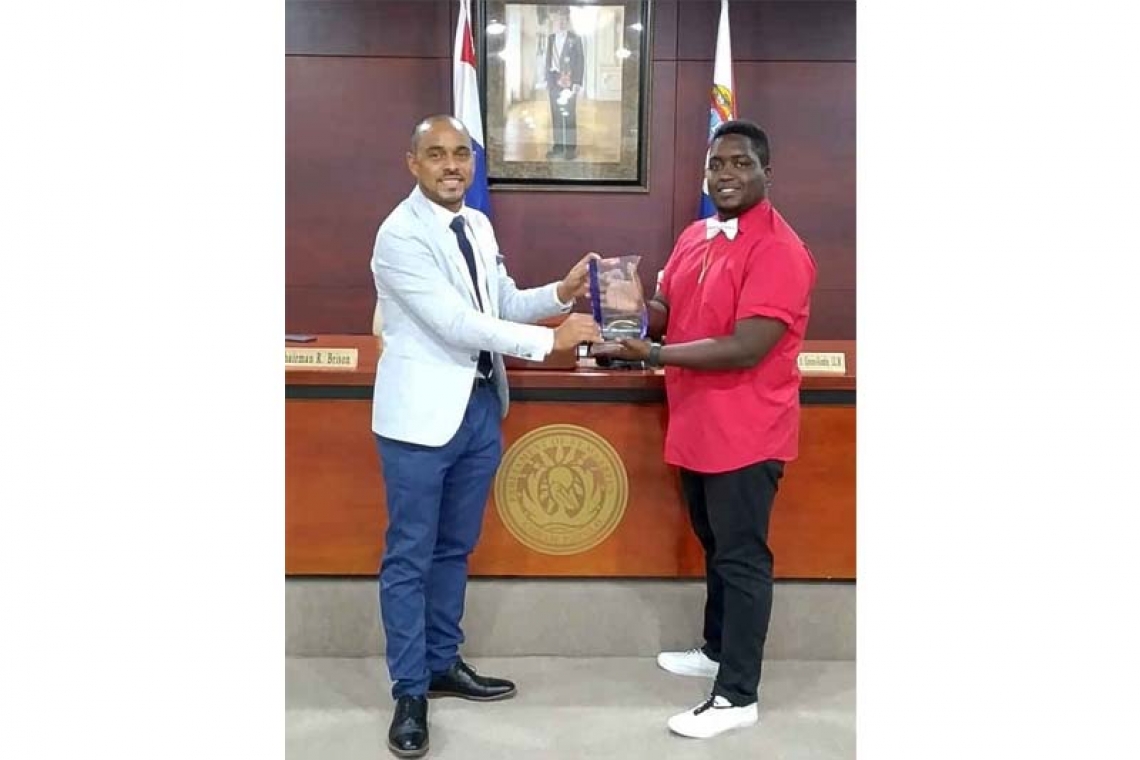 At nine years old, the young Romney began his journey of community involvement when he joined the St. Maarten Boys’ Brigade. He rose through the group’s ranks, being promoted to Lance Corporal at 14 and Sergeant at 18 years old.

He is the Director of Victorious Youth Wing Y2X and was part of the “Too Cool to Loot” campaign. Having struggled with depression, suicidal thoughts and low self-esteem, Romney speaks to fellow youths about these issues.

Romney’s personal motto is “Design your world the way you love it to be”.

“Romney is the epitome of resilience, persistence and servant leadership. He has overcome personal odds on many fronts and is still overcoming, but his commitment to his growth, service and community development has allowed him to persevere against all odds,” said Parliament Chairperson Rolando Brison.

Brison presented the award to Romney near the end of Tuesday’s virtual ceremony to open the Parliamentary year 2020-2021.

In his acceptance speech, Romney said he had overcome many of his personal challenges through perseverance and faith in God, and encouraged others to never give up because a reward will come.

He thanked Victorious Living Foundation for nominating him for the award.

Every year, the President of Parliament Award is given to a young person demonstrating leadership skills, contributing to the community, and being a role model to others.