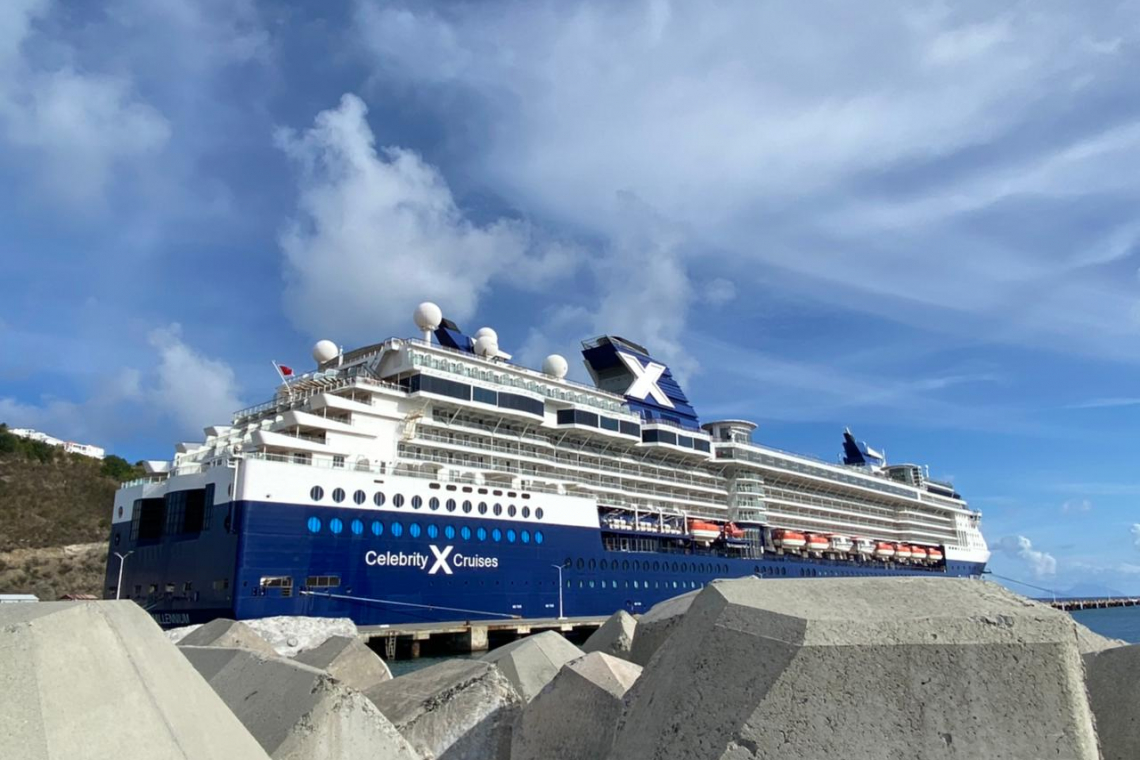 This means that the 2,138-passenger vessel is operating at roughly 30 per cent capacity on its inaugural seven-day itinerary out of St. Maarten.

Initially, St. Maarten was slated to homeport Celebrity Millennium for the entire 14-week season.  However, with major cruise lines now planning to begin cruises to Alaska in July, Celebrity Cruises – a subsidiary of Royal Caribbean Group – will pull the Celebrity Millennium after three weeks, to replace it with the similarly-sized Celebrity Summit for the remaining 11 weeks of the homeporting arrangement.

In preparation for the start of homeporting, Princess Juliana International Airport (PJIA) moved the immigration booths in its arrival hall to facilitate the movement of passengers during peak times on Saturdays.

According to the figures released by the Council of Ministers, some 2,368 passengers landed at PJIA on Saturday.

“With so many inbound, outbound and transit passengers, our officers and team at both ports were able to make sure that the flow of operation was maintained without any complications,” the Council of Ministers said in a statement.