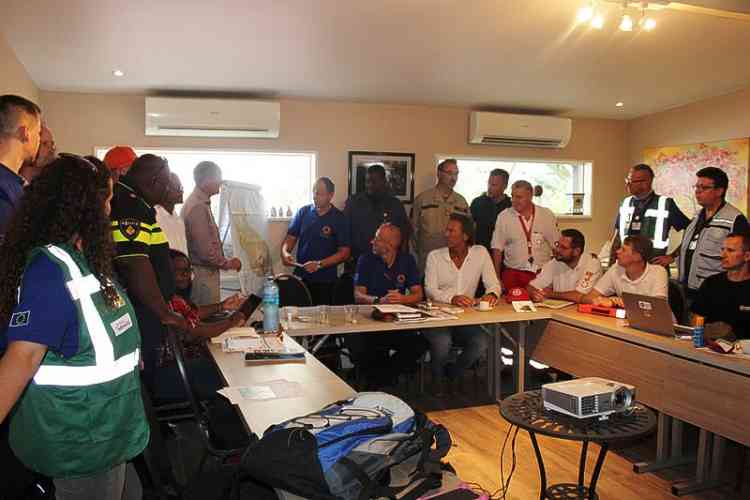 During the exercise information was exchanged between the local disaster team and the visiting team from Europe concerning what they have and what they need in case of a disaster such as a hurricane or a tsunami.

Members of the Dutch forces originally were also to participate in the exercise, but navy ships and their crews were deployed to the Bahamas to provide aid after Hurricane Dorian.

One of the issues addressed during the exercise was an up-to-date evacuation plan in case the island’s population needs to be taken off the island, including those areas which could be designated as safe for evacuation purposes.

One point of discussion focused on what facilities and emergency equipment are currently on the island and what assistance the visiting team could provide. The group also touched base on all areas where an emergency plan may be needed.

Statia currently has a newly-built emergency centre, a hurricane shelter, the sports hall, airport hangars, and a reconstruction hangar at Under the Hill. In case there is need for storage, there are various areas and locations where equipment can be stored.

Stepping up emergency preparedness is deemed very essential because of the devastation caused by Hurricanes Dorian, Irma and others. It was stated that Statia residents are more inclined to take notice of emergency warnings to be prepared for any eventuality.