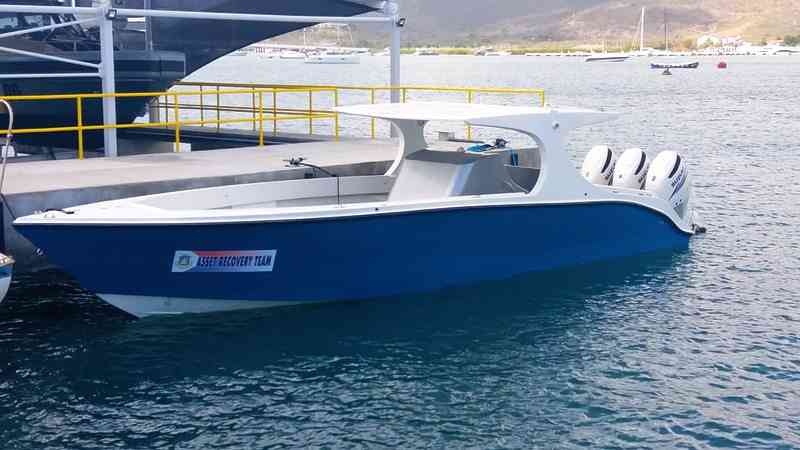 One of the two vessels seized on Tuesday.

GRAND CASE/PHILIPSBURG–The Asset Recovery Team in collaboration with the French Gendarmerie seized a total seven vehicles, two boats and one scooter during a search at a home in Grand Case on Tuesday.

This raid was carried out in interest of the EURO investigation in which R.A.G. (39) is suspected of money laundering and tax evasion, among other things. However, R.A.G. was not arrested. A stolen vehicle was also found during the search, according to the Prosecutor’s Office on Wednesday.