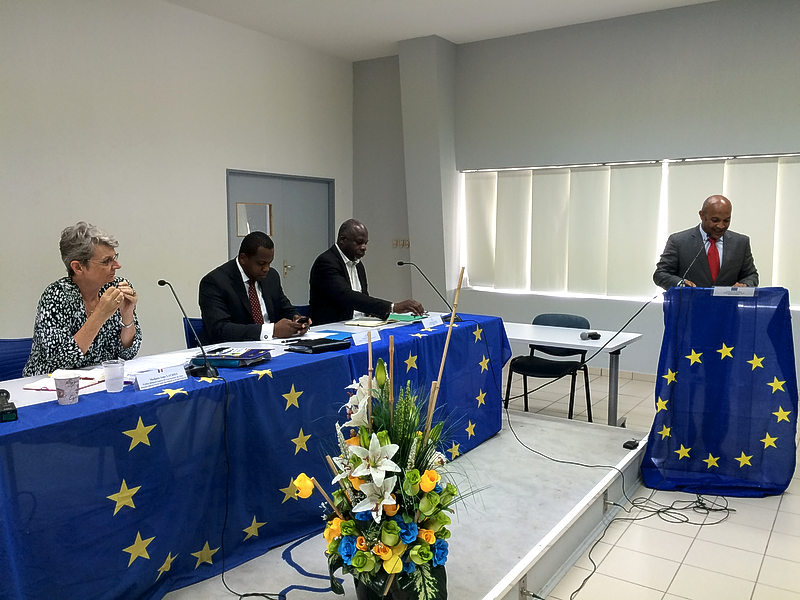 MARIGOT–The role Europe plays in St. Martin’s development, and specifically how its funding programmes contribute to the economy and welfare of citizens, is being highlighted on the French side throughout May.

A number of open-house events have been organised at Hotel de la Collectivité, at the library and in the tourism office. Some businesses, which have benefited from European funding, are also opening their doors to the public.
Since 2010, France celebrates Europe with a number of festivities in May, at conferences, shows, café debates, exhibitions, concerts, European villages, professional meetings etc.
It is the first time Europe is being celebrated properly in St. Martin. The celebration adds value to European actions in promoting St. Martin’s development economically and socially.
The idea is to inform the general public of the different projects undertaken with the assistance of European funds. An example is the 2014-2020 European programme of over 59 million euros dedicated to St. Martin.
The month of May is chosen because French Foreign Minister Robert Schuman on May 9, 1950, proposed the creation of a European Coal and Steel Community. The founding members were France, West Germany, Italy, the Netherlands, Belgium and Luxembourg, countries that became today’s “European Union” after one year.
Today, Europe is united by one flag and a single currency – the euro, but importantly Europe has over 500 million citizens from 28 member states.
Préfète Anne Laubies, Senator Guillaume Arnell, Member of Parliament (MP) Daniel Gibbs, and Chamber of Commerce President Jean Arnell marked the occasion on Wednesday, by giving their individual takes on how St. Martin benefits from Europe.
Upcoming events or open houses continue today at Grand Case Airport with SESMA and Corail Helicopters; May 18 and 25 with Verde SXM at the eco-landfill from 2:00 to 4:00pm; the commercial port of Galis Bay on May 28 from 8:00am to 12:00pm, and May 29 Rally Europe with GRETA from 4:30 to 8:00pm.
A European Zumfit session will be held in Grand Case on May 20, from 7:30 to 8:30pm. Hotel de la Collectivité has a European exhibition on display until May 31.
It was also an opportunity to show the results of a survey done by the polling company Qualistat to find out what St. Martiners know about Europe, what it does for St. Martin, and what the funding programmes are. The presentation was given by the Director of Qualistat Erika Merion.
It was noted seven out 10 St. Martiners are aware of the European Union and 85 per cent of persons questioned had a positive impression of Europe. Only seven per cent of people felt they have European identity compared to 30 per cent who regarded themselves as Caribbean: French 29 per cent and St. Martiners 26 per cent.
Some 70 per cent of the population is aware that St. Martin benefits from European funding. Fonds Européen de Développement Régional FEDER was better known than the three other funding programmes. Fonds Social Européen (FSE) was in second place.
The survey revealed that EU funding contributes to the competitiveness of St. Martin and is indispensable for its development. However, there was a perception that the funds do not always match the needs of the territory or the Caribbean way of life.
Where the media is concerned about disseminating information on Europe and European funding, the written press was favoured ahead of television and radio. It was noted that the Internet and social media are now established forms of global communication. It was also revealed that most people would prefer to have communication in English and French.